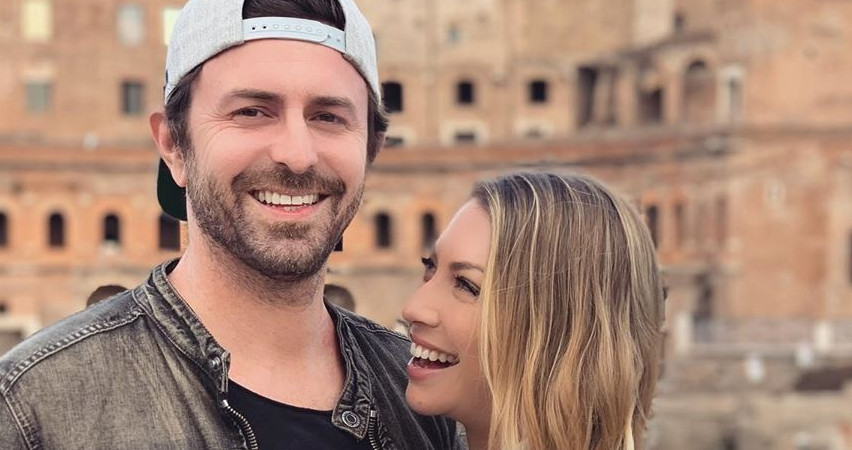 Vanderpump Rules star Stassi Schroeder took to Instagram to share a sweet photo of her growing baby bump. She also has news for fans and reveals the baby’s gender. As fans know, Stassi announced her pregnancy via her new PR team last week. While some think it’s a publicity stunt to change the narrative of her VPR firing, she’s clearly more than just a little pregnant in the photo.

VPR’s Stassi is Having a …

On June 23, Stassi made the news officially official by sharing a cute snapshot of her and Beau Clark announcing the baby’s gender. In the photo, Stassi wears an off-the-shoulder pink dress, cradling her baby bump.

Beau is wearing pink glasses, holding up a pink onesie with the hashtag #OOTD. OOTD means Outfit Of The Day. Before her VPR firing, Stassi used to post her daily outfit with the hashtag.

Yep, Stassi is having A GIRL!

In the sweet photo, Beau is kissing Stassi on the cheek as she grins, Us Weekly reports.

See the cute photo below:

When is Stassi Due?

The statement from Stassi’s rep last week revealed that her due date is in early January. That would make Stassi a little over two months pregnant. However, she already has a little baby bump.

A baby’s gender typically isn’t determinable until at least 3 ½ months or more. Stassi didn’t say in her post how far along in her pregnancy she is.

Fans Ecstatic for the VPR Star

One fan suggested that Stassi take her baby bump and Beau to another “less pandering” Network than Bravo. Before Stassi’s firing, there were rumors that the couple were getting their own spin-off. Obviously that’s not going to happen now, at least not on Bravo.

A few less-enthused fans advised the former VPR star to teach her daughter tolerance and “not to be racist.”

As fans know, Stassi was fired from VPR, along with Kristen Doute, due to past racist actions. The pair called the cops on co-star Faith Stowers back in 2018. They falsely told the police that Faith was the robbery suspect they were looking for.

In addition, several old podcasts of Stassi’s with racially insensitive comments came to light. While Kristen and Stassi apologized for their actions, Bravo chose to let them both go. Also not returning for a possible Season 9 are Max Boyens and Brett Caprioni.

Tell us in the comments if you’re happy Stassi is having a girl or was hoping for a boy.

Check back with us for updates on Bravo’s decision regarding continuing Vanderpump Rules.