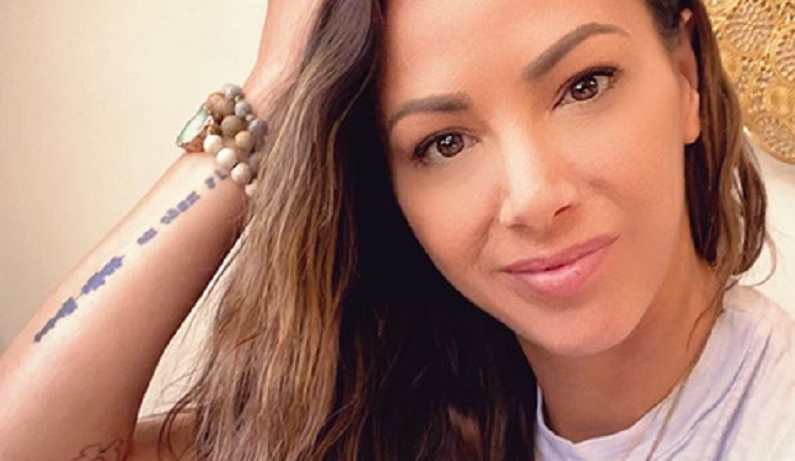 Kristen Doute defended herself on Twitter. The former Vanderpump Rules star spoke out in support of the legalization of medical marijuana. Kristen demanded that the state of Idaho should change its medical marijuana laws.

While Kristen’s tweet was met by support from fans, she also received her share of backlash. This comes after the Bravo alum lost her gig on Vanderpump Rules. Former castmate Faith Stowers claimed that both Kristen and Stassi Schroeder racially profiled her for a crime she did not commit back in 2018.

The network fired both women and Bravo fans rejoiced. Now, Kristen is defending herself, but for a different reason.

Per Us Weekly, Vanderpump Rules alum Kristen Doute has spoken out. But it’s not what you think. She’s taking a stand in the legalization of medical marijuana. She slammed the state of Idaho on Monday for not changing its laws.

“Time to change your Medical Marijuana laws,” Kristen wrote on Twitter. “This country has much more important things to focus on. I’m so grossed out.”

Kristen received a majority of support from her followers. However, some found the tweet tone-deaf in the current political climate. One follower slammed the former Bravo personality for “tweeting about a random issue,” especially for a state she doesn’t live in. But Kristen revealed her connection to Idaho.

“My younger brother lives in Idaho. Soldier. Crohn’s. Prefers not to be medicated with opiates,” she responded. “Speak before you think and when you do, please speak with kindness.”

Kristen Doute told haters not to judge her actions. She reminded them that they have no idea “what other people are going through.” Kristen also revealed her reason to speak out about the matter. She also referenced her firing from Bravo’s Vanderpump Rules.

“I understand a handful of you feel I don’t have a ‘right’ to speak out about anything at all,” Kristen explained. “Please click unfollow. I hope you’ll then use that same passion and find words to help someone, fight against something and make a change.”

The former reality star shared a quote before she said “goodnight” to her followers. She shared a quote from writer Lalah Delia that read: “She remembered who she was and the game changed.”

Until I can thank you all in person, let’s hang virtually! 🦋The party can’t stop and the show must go on. (LINK IN BIO)

On Tuesday, June 9, Kristen and Stassi were let go from the show, including Max Boyens and Brett Caprioni. All four castmates were under fire for their past racist comments. In addition to the firings, Kristen’s WeHo wine brand is no more and her publisher stopped promoting her new book, He’s Making You Crazy.

Stassi and Kristen’s rep told Us Weekly that they want to “move forward as part of the solution in ways that are productive, meaningful and sincere.” Prior to their firings, both women issued separate apologies on their respective Instagram pages.

What are your thoughts on Kristen Doute speaking out in support of medical marijuana? Sound off below in the comments section.