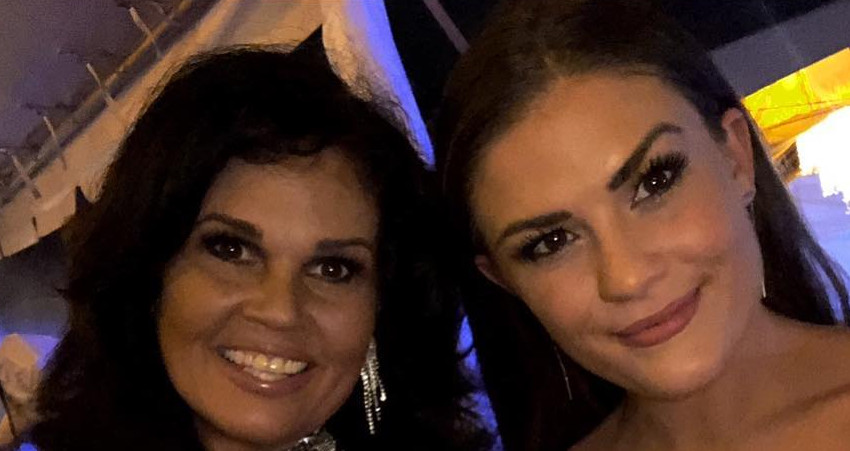 Finally, some good news for Vanderpump Rules star Brittany Cartwright. The reality star has not had a good month. Many fans are calling for Bravo to fire Brittany’s husband, Jax Taylor, from the reality show. In fact, some fans even think Brittany herself needs to go.

Four days ago, news broke that Brittany’s mom, Sherri, was in ICU after a routine medical procedure went wrong. Disgraced VPR star Kristen Doute broke her social media silence after firing to ask for prayers for Brittany’s mom. Kristen and Brittany’s prayers came true, as Brittany’s mom is now out of ICU.

News of Sherri’s hospitalization came from embattled pastor Ryan Dotson. Fans may not know him by name, but he’s the pastor Jax and Brittany were originally planning to have marry them. However, his homophobic posts and sermons came to light, forcing the couple to hire someone else – Lance Bass from *NSYNC.

The pastor posted to his Facebook ministry page earlier this week, asking for prayers for Brittany’s mom. He revealed that a routine bladder surgery went wrong, requiring additional, emergency surgery. Sherri wound up in the ICU after the complication.

A fan asked the pastor yesterday on Instagram for an update, Us Weekly reports. He wrote that Sherri is “out of the ICU.” He further states that she is “improving daily.”

Aside from a post asking for prayers earlier this week, Brittany has been mostly silent on Instagram. But she added a photo of her mom to her Instagram Stories on Thursday, June 18.

In the photo, Sherri can be seen in a hospital bed with an IV pole nearby. The hospital room is completely dark, indicating the photo was taken at nighttime. Someone’s legs – possibly Brittany’s – can be seen under a white blanket on a chair across the room from the bed.

She thanks fans for their prayers for her mom. Brittany asks fans to keep praying. The VPR star says her mom still has “a long way” to go to recovery. However, her mom is “strong.”

It seems that Brittany’s mom is on the mend after a few scary days in the ICU.

Brittany Getting it From All Sides Lately

Us Weekly reports that Brittany is feeling “overwhelmed” from the stress of her mom’s hospitalization and the backlash from fans after the VPR reunion.

While Brittany has her defenders, many fans are disappointed in how she constantly sticks up for Jax. There is a loud public outcry for Bravo to fire Jax for his past racist and homophobic behavior. After all, the network already let Kristen, Stassi Schroeder, Max Boyens and Brett Caprioni go for their past racist behavior.

A petition to fire Jax has reached over 10K signatures. Some fans are trolling Brittany on Twitter by retweeting her 2012 mugshot.

Tell us in the comments if you think fans are being too harsh toward Brittany.

Season 8 of Vanderpump Rules is officially over with the last reunion episode airing earlier this week. Time will tell if Bravo brings it back for another season and how much of the original cast will be left.