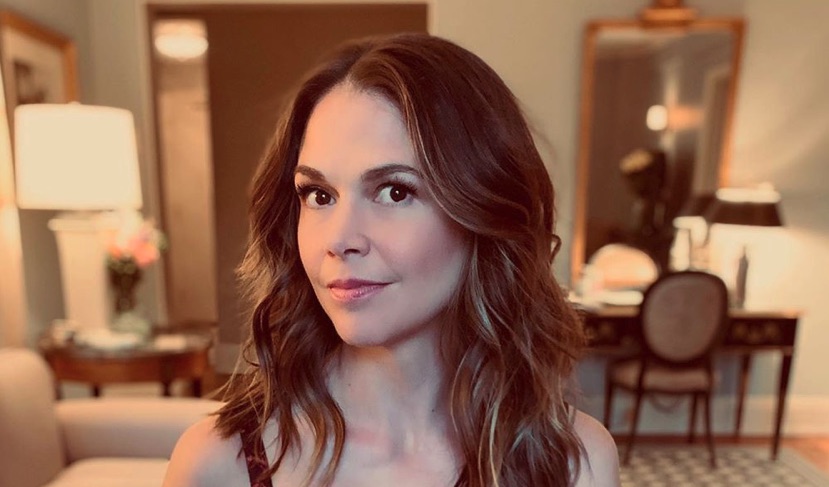 Due to the coronavirus, Younger star Sutton Foster’s Broadway performance of The Music Man has moved to Spring 2021. How could this affect the Younger Season 7 filming? Here is the latest news.

The Music Man Moved To Spring 2021

Sutton Foster and Hugh Jackman were scheduled to perform the musical The Music Man in the fall 2020. They have now changed the premiere date. According to The Hollywood Reporter,  the Younger star and Jackman will begin previews on April 7, 2021. The official opening night is now May 20, 2021. They will perform at Winter Garden Theatre. This delay is due to Covid-19.

According to Live At Five,  Sutton Foster and Hugh Jackman will star in the classic Meredith Wilson musical, The Music Man. Sutton will play Marian, the prim librarian. The multi-talented Aussie will portray Professor Harold Hill, the fast-talking, salesman who comes into a midwest town to start a marching band. He just has to sell the residents instruments. Some of the most famous songs from this musical include: Seventy-Six Trombones, Marian, The Librarian, The Wells Fargo Wagon, and (Ya Got) Trouble.

Even before pre-production was shut down, they had rehearsals. This was to determine whether the two had chemistry and could work well together. Sutton shared that the Aussie is quite a “generous” actor, and “pretty wonderful to work with.” Most of all, “He just really wants to do a good job.”

Younger’s Sutton Foster And Hugh Jackman Committed To One Year

One important detail that may be important to Younger fans is the length of their contract. Sutton and Hugh signed contracts for a full year of The Music Man. That would mean that if the shows go as scheduled, Sutton will not be free until Spring 2022. How does this affect the TVLand show?

We don’t know. Right now, they have yet to announce when production of Younger Season 7 will commence. Filming should have started in March. The coronavirus shut down NYC.

Then, in later March, fans learned that Younger star Debi Mazar got the coronavirus. She is ok now, but it seemed to have really wiped her out. Sutton Foster and her family, including husband, daughter and father, went to upstate New York for the quarantine. Lastly, newlywed Hilary Duff remained home with her husband and two children. During the coronavirus quarantine, she dyed her hair blue and posted on Instagram. She also seems to be getting ready for a new job. In May, it was announced they are in the works for a Younger spinoff. But, what about Season 7?

So instead of announcing a June premiere date, fans are now wondering if Younger Season 7 will even film in 2020. All fans want to know is if Liza will marry Charles and if Josh will stop the wedding. One thing Younger fans do know now. The Music Man performances will delay Season 7 production.

But, when will they start filming? That is the answer fans want to know.

Stream This: Lucy Lawless Back For ‘My Life Is Murder’ On Acorn TV, Preview
Lifetime’s Thriller ‘Burning Little Lies’ Is Not A Fairy Tale
OH NO!!! Jessa & Ben Seewald Are Hurting For Money After Giving Birth?!
‘OutDaughtered:’ These Photos Of Hazel Busby Will MELT Your Heart
Jinger Vuolo Reveals She Was Ready For A Change