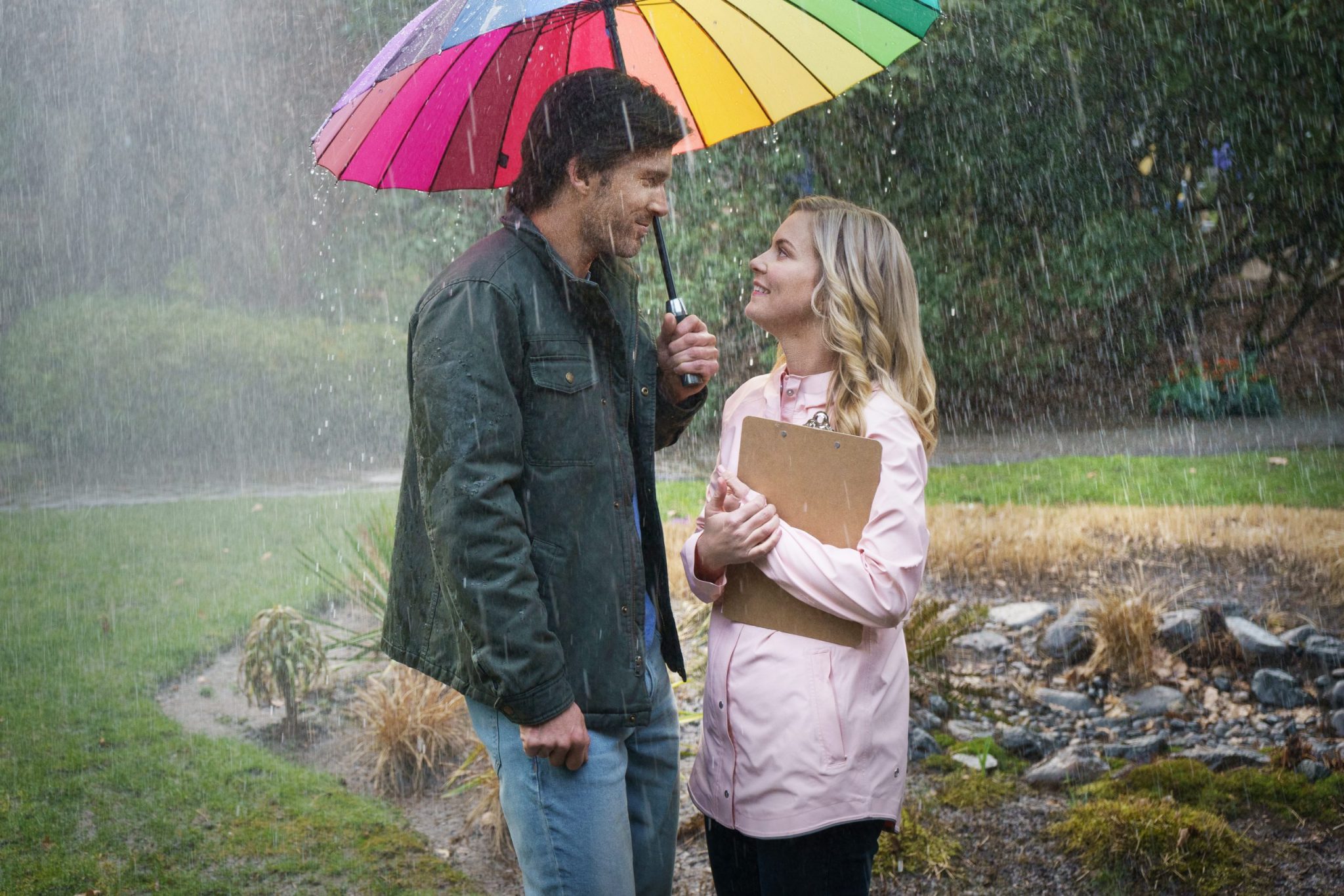 Who doesn’t want A Little Romance, Hallmark style? The network that is all about romance and love is giving fans a double treat. First, there are three new movies for Hallmarkies to enjoy. Next, they are working with Sirius radio for a month of timeless romantic songs.

Hallmark’s A Little Romance For June

Normally, Hallmark’s June offerings are wedding related. Because they shut all production in early March, due to the coronavirus, a lot of movies were put on pause. We don’t even know what Hallmark originally planned. But, the network had a few brand new movies that they could feature.

They originally filmed Love Under the Olive Tree for the 2019 fall lineup. In addition, they just managed to finish filming Love In The Forecast right before everything shut down due to Covid-19.

Originally, Country At Heart, starring Jessy Schram and Niall Matter was part of this group, but it appears that Hallmark has delayed it once again. Hallmark likely needs to do some readjusting until they are able to resume filming once again.

What do we know about the A Little Romance movies for June?

In The Key Of Love

The first special A Little Romance movie is In The Key of Love. Do you believe in second chances? This is the story about a couple that unexpectedly reunites and finds that they are still in harmony. Starring Laura Osnes (Fosse/Verdon), Scott Michael Foster (Crazy Ex-Girlfriend) and Andrea Brooks (When Calls The Heart).

Hallmark’s In The Key Of Love returns on Saturday, June 6 at 9 p.m. Eastern Time on the Hallmark Channel. Encore showings includes Sunday, July 5  at 5 p.m., all times Eastern. Be sure to always check listings in case of a schedule change or additional times.

Love In the Forecast

Love In The Forecast stars Unleashing Mr. Darcy’s Cindy Busby and Christopher Russell (The Nature of Love). This is the story about a weather reporter that decides to focus on her career and give up men altogether. Suddenly, it is raining men. The only man she is hanging out with is a farmer that tells the weather OG. Can she have her career advancement and love under the umbrella?

Love Under The Olive Tree

Love Under The Olive Tree stars Tori Anderson (Blindspot) and Benjamin Hollingsworth (Code Black) stars as two oil producers who have spent their lives competing. They may not even realize that they are attracted to each other.

But, they are like oil and water, just like their respective businesses. One is more old school, why the other embraces modern technology. Artisan version production. Add a property dispute, and we have a doomed relationship. This is Hallmark, we know that they work out their differences!

Hallmark’s Love Under The Olive Tree premieres on Saturday, June 20 at 9 p.m. Eastern. Currently, Hallmark has not shared any encore showing times.

According to a recent Hallmark press release, the network is working in conjunction with SiriusXM to feature timeless romantic love songs throughout the month of June. This coordinates with Hallmark’s A Little Romance June theme. This began on Monday, June 1, 9 a.m. Eastern, and will end on June 29 at 3 p.m. Eastern.

Hallmark stars such as Lacey Chabert, Erin Krakow, Andrew Walker, Wes Brown, and Jessy Schram will host their special programming. Where can fans listen? They can tune to The Hallmark Channel Radio (Channel 70). It is available on SiriusXM radios, online, and on-the-go using the SiriusXM app. At home listeners can listen  using their connected devices. This includes smart TVs, Amazon Alexa devices, Apple TV, PlayStation, Roku, and Sonos speakers.

Currently, listeners can sign up for free, with no credit card required. To get the three free months of SiriusXM visit www.siriusxm.com/hallmark.