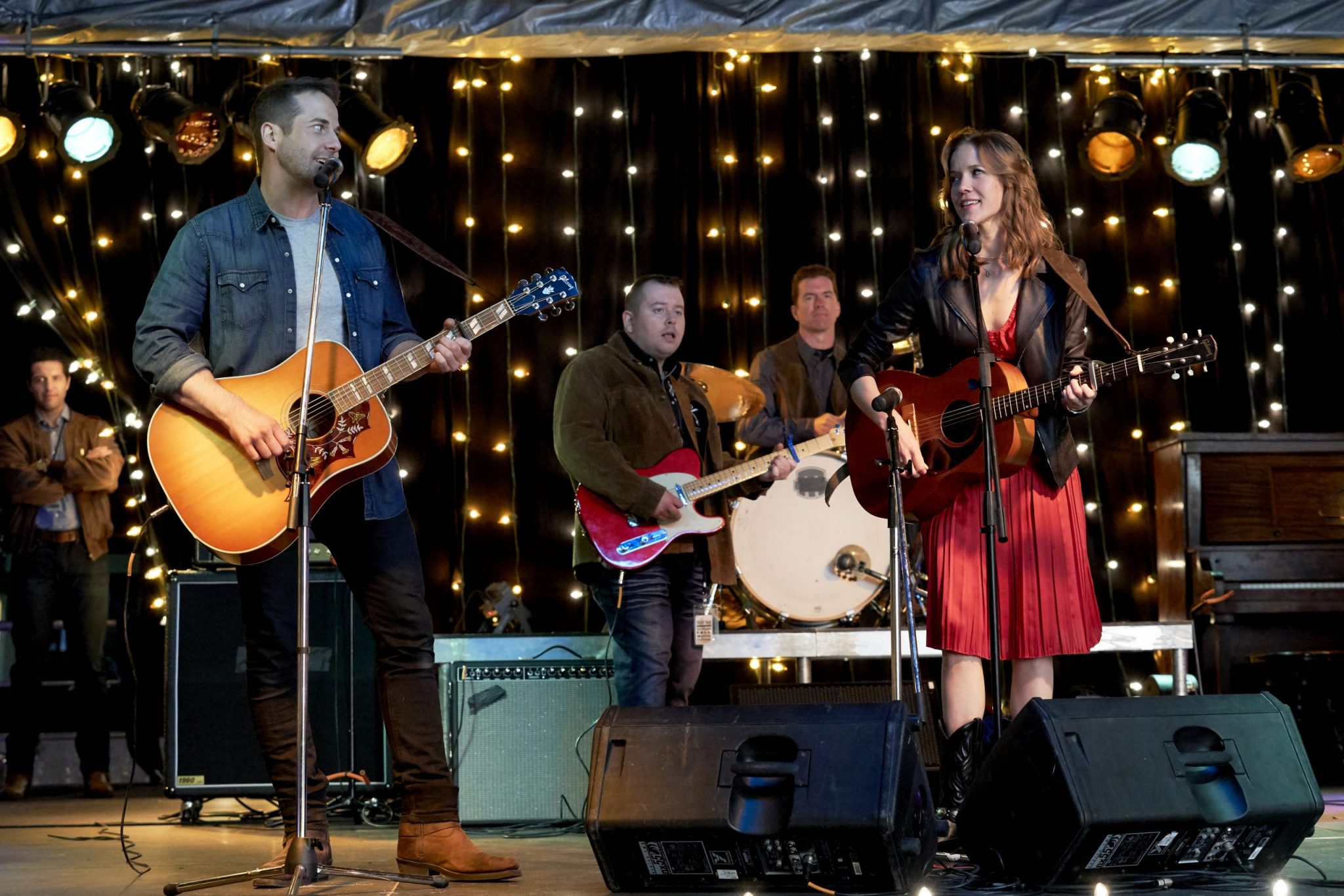 Hallmark’s Country At Heart is the story of never giving up and making dreams come true. Starring three Hallmark fan favorites: Jessy Schram (Amazing Winter Romance), Niall Matter (Aurora Teagarden), and Lucas Bryant (Time For You To Come Home For Christmas). This is part of the Hallmark June themed “A Little Romance” movies!

What Is Hallmark’s Country At Heart About?

According to Hallmark, Shayna (Schram) is ready to give up on her musical career. She has left Nashville and returned to her small town to figure out what she should do next. There, she meets with songwriter Grady (Matter). He has had a lot of success. Now, Grady wants to write a song for big star Duke Sterling (Bryant). Maybe Shayna can co-write a song?

Shayna realizes that she has an opportunity for a big break. As they work on their love song, their art becomes real life. They feel a heady attraction for each other. But, a lot of things get jumbled up when Shayna meets Duke. Duke likes Shayna a lot and invites her to open up his tour. But, Shayna has already made career, and possibly life plans with Grady. Does Shayna join Duke, to certain stardom. Or, does she hang back with Grady, where she has found love?

Originally, Country At Heart was meant to air during Hallmark’s 2019 Fall Harvest. Thankfully, this gem was available for their June “A Little Romance” theme. Due to the coronavirus, filming was halted in early March. Hallmark generally films their movies a month or two before they air. Traditionally, these movies take three weeks to complete, before post production. Thus, the traditional Hallmark June wedding-themed movies and Countdown to Summer were not filmed for 2020.

Jessy, Niall and Lucas all sang original songs for this movie. According to the Hallmark “On Location,” each actor went into the recording studio to record an original number. The songs “Big Deal,” “A Life in a Love,” and “Right in Front of You,” were all written specifically for this Hallmark movie.

When Can You Watch Country At Heart?

Like to light up your day with a Hallmark romance? Don’t forget to catch Love Under The Olive Tree starring Tori Anderson (Blindspot) and Benjamin Hollingsworth (Code Black). This is a love story about two intensely competitive people who want to win an olive oil contest. Add a property conflict and you have a lot of opportunity for sparks and maybe some Greek salad slathered in olive oil!

Are you looking forward to seeing Country At Heart? Be sure to check back with TV Shows Ace for the latest Hallmark news.