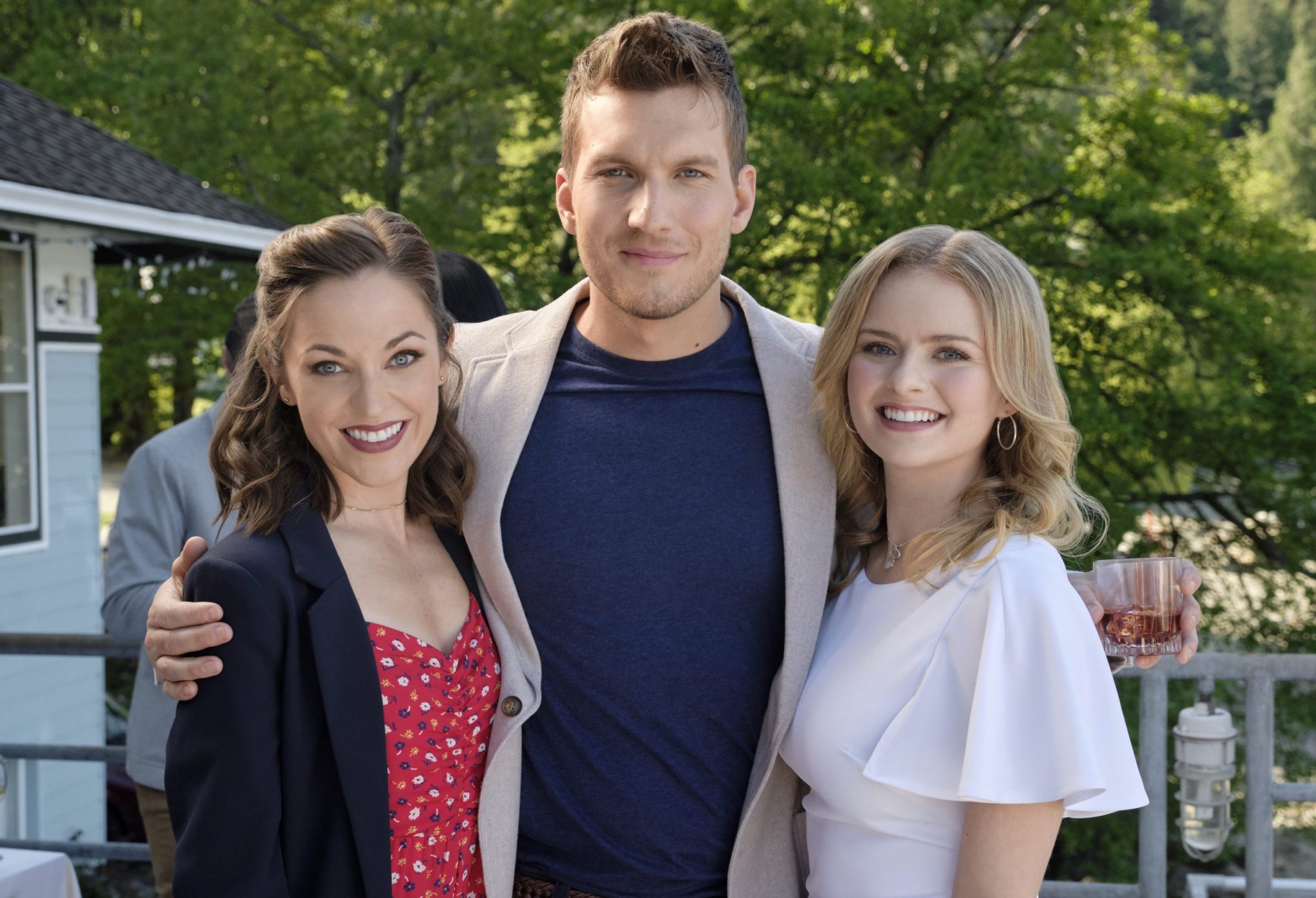 In Hallmark’s In The Key Of Love, a former singing duet discovers they can still sing in perfect harmony, after years apart. Starring Laura Osnes (Fosse/Verdon), Scott Michael Foster (Crazy Ex-Girlfriend) and Andrea Brooks (When Calls The Heart), this is a story of second chances.

What Is In The Key Of Love About?

According to the Hallmark Preview, Maggie Case (Osnes) is a wedding photographer on Piedmont Island. She was previously a singer and musician, who gave up her career to help out with her grandmother’s business.

Maggie is faced with her past as Jake Colby (Foster), her ex-boyfriend and former musical partner, returns back in her life, for the week of the wedding. She is photographing his sister Jennifer’s (Brooks) wedding. Perhaps inspired by the excitement of the wedding, both of their families try to get the pair back together. But, Maggie balks at the idea. Jake still carries a torch for her, despite their epic falling out.

What is successful is that they manage to get the pair to reunite for a very special performance. While Jake and Maggie sing alongside each other, the past flames reignite. But, any sort of hope that Maggie may have had is now gone. Jake needs to return to work, and takes off on the day of the wedding, with no goodbye.

Jake realizes that this is the song he wants to sing the rest of his life. Is Maggie willing to duet with him for ever after?

Laura Osnes is an amazing Broadway singer and was the winner of Grease: You’re The One That I Want! Scott Michael Foster admitted to in the Hallmark On Location that he was a bit “intimidated” by Osnes. Besides singing, the two ballroom dance.

But, it is the singing that Osnes believes adds another layer to this love story. “There are things that can be said in lyrics and music that cannot be said with words.” The two spent over a day pre-recording some songs, while others they perform live, during the filming.

When Can You Watch Hallmark’s In The Key Of Love?

Hallmark’s In The Key Of Love premieres on Saturday, March 21 at 9 p.m. Eastern time on the Hallmark Channel. Encore showings include Saturday March 28 at 7 p.m., Sunday, March 29 at 2 p.m., Friday April 17 at 12 p.m. and Thursday April 30 at 12 p.m., all times Eastern. Be sure to always check listings in case of a schedule change or additional times.

Ready for some springy romances? Be sure to check back with TV Shows Ace for the latest Hallmark news.