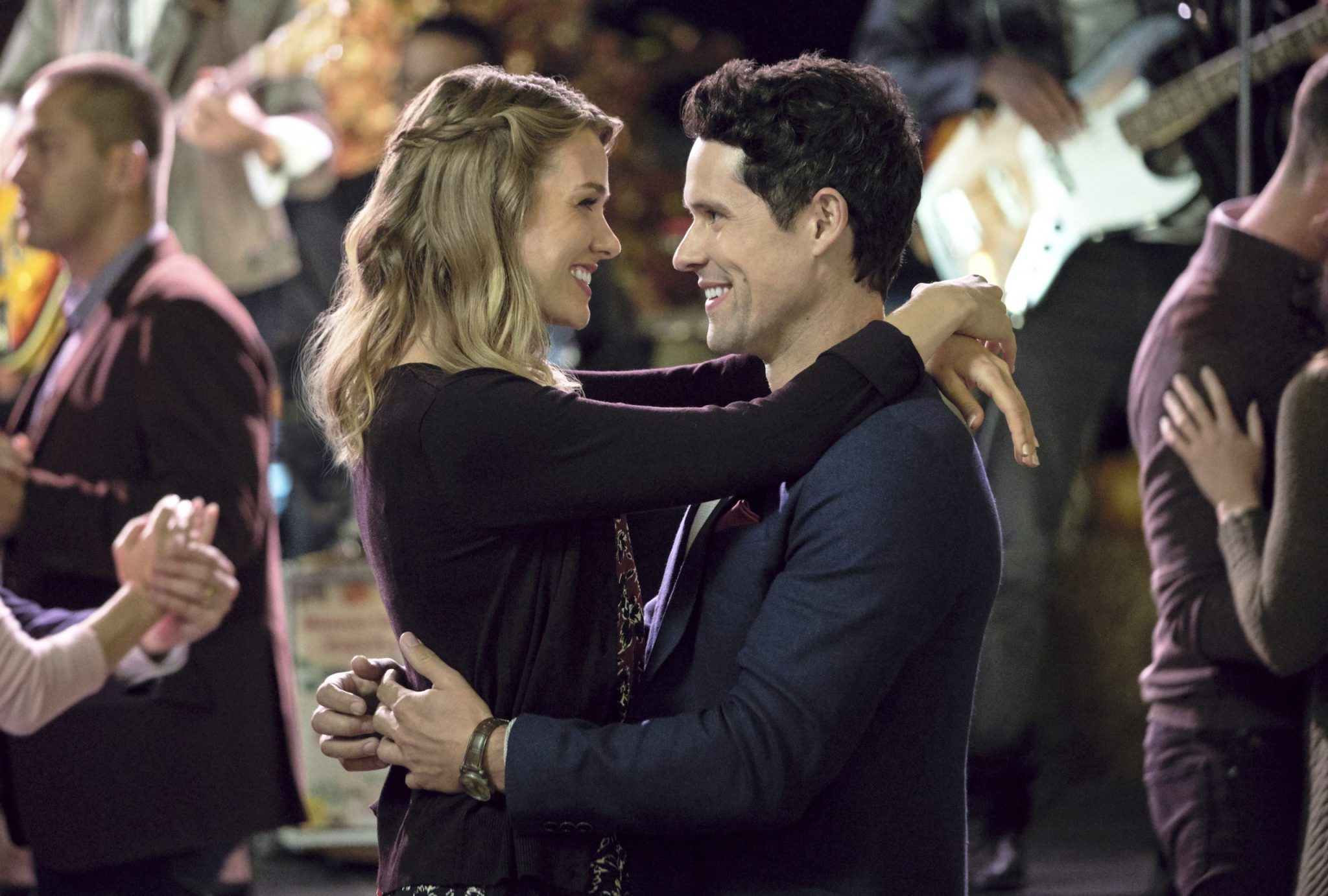 Hallmark’s “A Little Romance” movies concludes with Love Under The Olive Tree. Starring Tori Anderson (Blindspot) and Benjamin Hollingsworth (Virgin River) as the lifelong olive oil rivals that may just stop competing long enough to fall in love. What do we know about this new Hallmark romance?

What Is Hallmark’s Love Under The Olive Tree About?

According to the Hallmark preview, Nicole Cabella (Anderson) and Jake Brandini (Hollingsworth) have known each other their entire lives. They each lived in a ranch next door from each other. After always being around each other, they go their separate ways.

After high school, Jake goes off and becomes a lawyer, while Nicole has stayed at home and worked on the family’s Northern California olive oil business. Jake moves back into town. After years apart, their past memories together flood back. She always had a crush on Jake, and well, he also had a thing for her. But, their families now have competing olive oil companies and have been at odds since the two grandfathers split their olive oil business.

While both the Cabellas and the Brandinis have been making olive oil for a very long time, how they manufacture their final product is quite different. Going old school, the Cabella family uses a handcrafted, artisan approach to making olive oil. Meanwhile, the Brandini family is high tech and more big business in their approach. Instead of using their hands to craft the final product, the use very modern machinery, thus, producing a lot more product. But that is not the only conflict.

When Jake returns, he discovers that Nicole’s big business expansion plans include some disputed land that may be owned by his own family. But, in this Hallmark romance, the pair wants to find a way to work together. Will family history keep the couple from falling in love?

Originally, this movie was meant to be part of the fall 2019 lineup. Thankfully, Hallmark saved this love story. One fun note is that Hallmark hunk, Antonio Cupo (Love At The Thanksgiving Day Parade) is one of the executive producers of Love Under The Olive Tree. Unfortunately, he has not starred in a Hallmark movie in a few years, nor is he acting in this movie. In addition, Peter DeLuise (21 Jump Street) directs this movie.

When Does Love Under The Olive Tree Premiere?

Are you ready for A “Little Romance”? Hallmark’s June movies promise a lot of romance. TV Shows Ace reminds Hallmark fans to remember to watch Love In The Forecast, starring Cindy Busby and Christopher Russell. This story of a weather person working on her career and avoiding men premieres on Saturday, June 13 at 9 p.m. Eastern. Lastly, Country at Heart stars Jessy Schram and Niall Matter, performing original country songs. This Hallmark movie premieres on Saturday, June 6 at 9 p.m. Eastern.

Be sure to check back with TV Shows Ace for the latest Hallmark News. Love Under The Olive Tree premieres on Saturday, June 20 at 9 p.m. Eastern, on the Hallmark Channel.