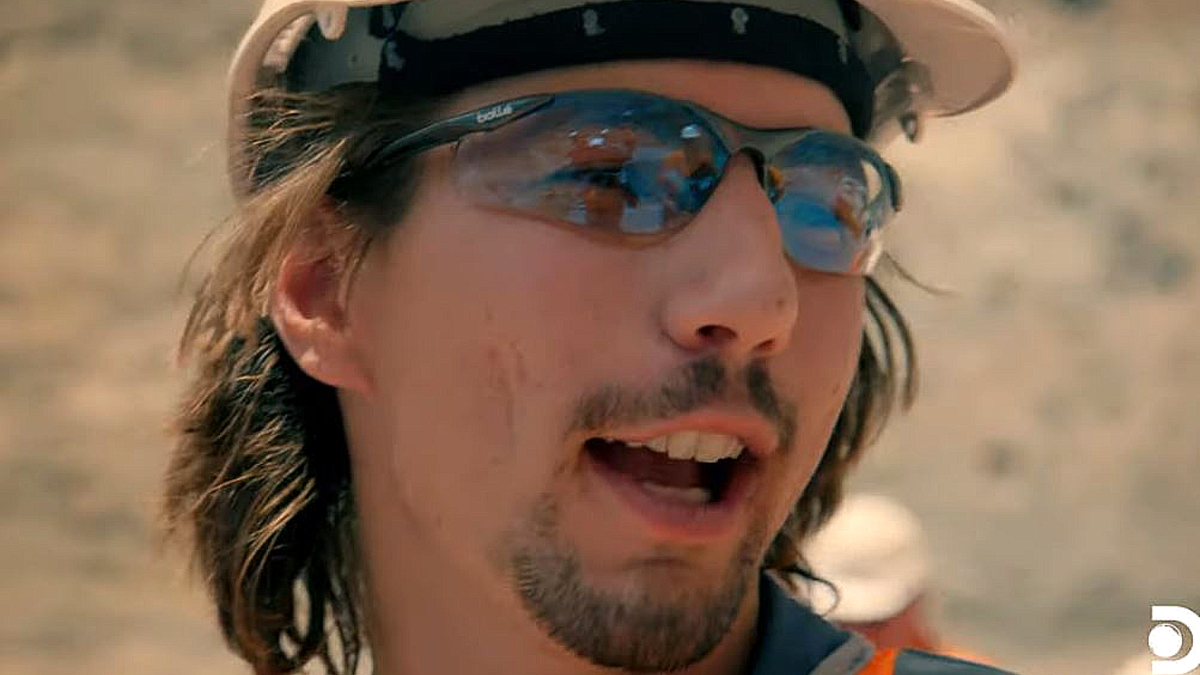 On Friday’s Gold Rush: Parker’s Trail, star of the spinoff series Parker Schnabel is a kid in a candy store as he gets the controls to a massive explosion, all carefully sorted and planned of course, in Australia’s arid jagged hills allegedly filled with pure gold.

The exclusive clip for  TV Shows Ace reveals just how much fun these miners have getting their ordnance on.

You could say a little too much!

What happens on Parker’s Trail?

We already showed you how Tyler Mahoney is working with her dad Ted in a bid to find gold nuggets in a promising area. She used a metal detector and was very lucky to find a rich area where a third of an ounce nugget was easily unearthed.

Now, separate and away, Parker Schnabel has invested in a claim there in Australia, and he plans on getting as much of the gold out of the ground as possible.

Problem is, when the gold is trapped in rock and under or inside rocky cliffs, you have to do a bit of blowing up.  The clip opens with them all 437 yards from the detonation zone as Parker prepares to trigger the explosion.

Large blasts at the super pit use the equivalent of up to 150 tons of TNT. Enter Marcus Vaughan KCGM Drill and blast engineer who surveys the blast site and advises Parker on what needs to happen.

He clears to fire which means it’s “go” time as Parker gets the honors.  “Fire it up,” he says.

Gleeful, Parker says: “That was a wicked delay from when you hear it then see it [happen].”

What is Gold Rush: Parker’s Trails about?

Making money as new opportunities and business propositions are all done in the search for gold is exactly what this series is about.

The action is centered on legacy Alaskan miner, Parker Schnabel who has headed to the land down under in this exciting season where the payoff has been huge.

The spin-off of Gold Rush starring Schnabel is back for season four, and prior to air-date, the press for it promised bigger gold and more gold output than any Trail season yet.

Who appears with Parker in this series?

In the previous sneak preview we caught up with 24-year-old gold miner and prospecting expert Tyler Mahoney. Tyler is a fourth-generation Australian gold miner who has her own reality TV series (Aussie Gold Hunters) already under her tool belt.

In the clip you see Danny Etheridge, a friend who is also an expert cameraman.  He’s having a laugh at Parker’s excitement over the explosion.

And fans have taken notice as Discovery has delivered a series that is as interesting as the mothership of Gold Rush.