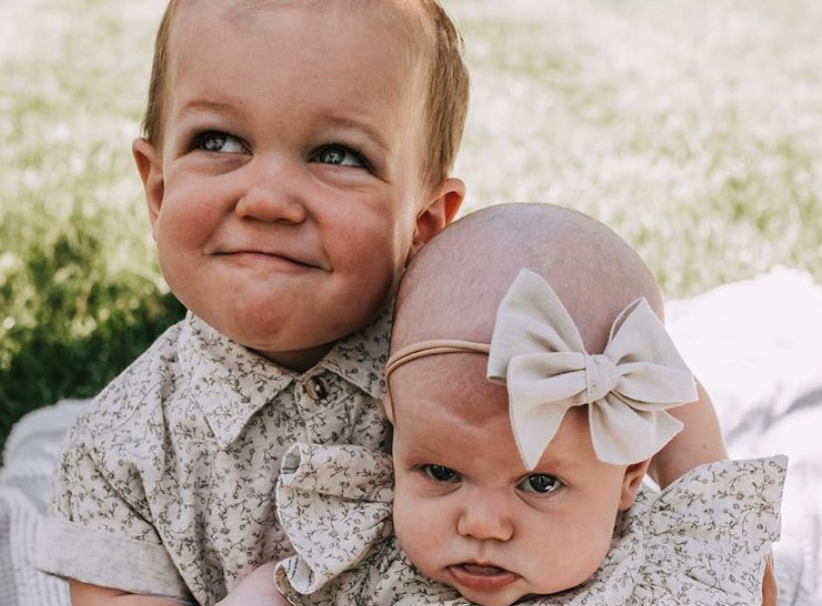 She also shared a few adorable photos of Lilah, which her social media followers are loving. In response to the photo, fans are gushing over the baby girl. They think she’s adorable, and they can’t get enough of her. They’re happy to hear that Tori, Zach, Jackson, and Lilah are doing well amid the coronavirus. They’ve been staying home and staying safe. Tori adds that they’ve gotten to FaceTime their family members while staying home. Typically, the Roloffs spend a lot of time together, so this situation is definitely a change. Tori says she misses all the family time.

The LPBW mom says that this has been the “most fun” month with Lilah yet. She continues, “She is so much happier and can finally just hang!!” Lilah loves interacting with her big brother Jackson and gives him lots of smiles.

Tori writes, “Lilah girl can hold her head up and push up during tummy time! 💪🏼 She’s sleeping through the night! 🙌🏼😴 I can feel one tooth coming through and girl has been teething like crazy. 🦷” She adds that Lilah loves to kick and scoots around the room. It sounds like she’s a busy little one already.

Our bean is 5 months old!! This month has been the most fun we’ve had with Lilah girl yet!! She is so much happier and can finally just hang!! It’s been such a weird month with not seeing anyone in person but she’s had lots of FaceTime dates with grandmas and grandpas! Lilah girl can hold her head up and push up during tummy time! 💪🏼 She’s sleeping through the night! 🙌🏼😴 I can feel one tooth coming through and girl has been teething like crazy. 🦷 Lilah does not like to sit still any more (as captured in photos) and will scoot all around the room. 🌀 She loves her brother and smiles whenever he interacts with her. 👦🏼 Home girl loves to kick and move her legs 🤸🏻‍♀️ She is grabbing everything in sight too! 🖐🏼 We have missed wrapping our arms around loved ones this past month but spending time with this girlsie makes it all a little more manageable!! We love you Lilah Ray! #lilahrayroloff

If you’re watching the current season of LPBW, you know that Tori is expecting her second child with Zach. The family recently found out that their baby on the way has dwarfism. While the family realized there was a chance she could have dwarfism, it was still hard for them to take the news. Tori naturally started crying after the appointment.

The couple is mostly concerned about the baby’s health though. They love her no matter what. Zach has said that he’s not going to let dwarfism define his kids. With dwarfism comes a possible host of health problems. The couple mentions that they are very fortunate and that Jackson has been healthy so far. That isn’t always the case when it comes to dwarfism, which is the root of their fears.

In one LPBW scene, Zach is expressing his concerns to his mom, Amy Roloff. She offers the love and support that Zach needs as he just received some hard news.

So, what do you think of Tori’s update on baby Lilah? Share your thoughts in the comments below.