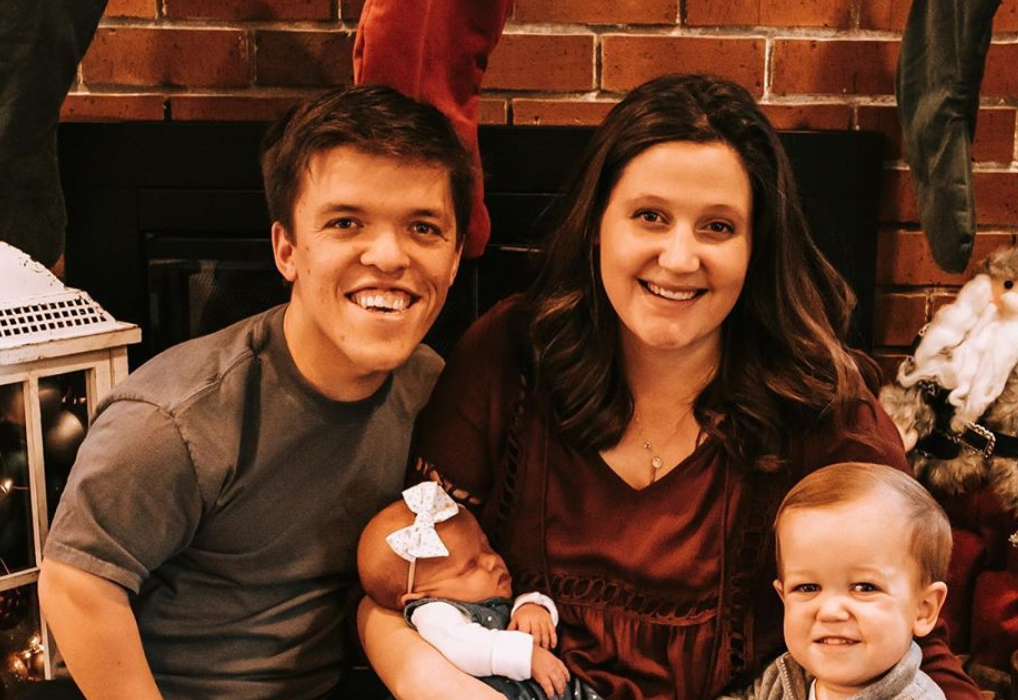 Zach Roloff and his wife Tori have two kids together. Jackson is two years old and Lilah is four months old. The Little People, Big World couple’s kids have both been diagnosed with dwarfism. This wasn’t a huge shock to the LPBW family. And, Zach recently opened up about it all.

In an exclusive interview with PEOPLE, Zach says, “It’s obviously a part of them, but we don’t want dwarfism to define our children.”

He adds that he thinks Jackson and Lilah will have a close bond because they both have dwarfism. He thinks they will be closer to one another because that’s something they share.

The LPBW dad also says that, “Jackson will be setting the precedent at school.” Then, Zach adds, “He’ll be punching through those barriers. When it’s time for Lilah to start going, the school will already have an awareness of what the needs are. He’ll be blazing that trail for her.”

Zach talks about how he can support Jackson. He really wants to help Jackson to be resilient. And, he also doesn’t want Jackson to have to depend on his family. He wants him to be able to overcome those challenges on his own.

He says, “When he’s running with the other kids, he’s a little slower than the rest. I just say, ‘Keep going, dude.’ The height difference is just going to get bigger as he gets older, and the other kids are going to get faster. But I try to not baby him. I want to build that resilience and mental toughness in him early so he’s able to overcome later challenges, especially when he’s at school and doesn’t have Mom and Dad around.”

Zach Roloff knew his kids could have dwarfism

THIS… this makes it all worth it. Sharing my love of Disney with my two kiddos has my heart so full. So blessed to be able to share this magic with my little family. ❤️°o°🖤 #zandtpartyoffour #babyjroloff #lilahrayroloff #roloffsdodisney

Their kids have a 50% chance of being born with achondroplasia. The fact that his kids have dwarfism doesn’t seem to get him down. He also says that whether the kids have dwarfism isn’t a concern to him. He and Tori seem to love parenthood and everything that comes along with it.

On being a mother, Tori says, “It’s just given me such purpose. I pray that my kids grow up to be good people. If I do that, then my job on earth is done.”

How do you like Zach’s outlook on his kids being diagnosed with dwarfism? Do you agree with what he has to say too? Share your thoughts in the comments section below.

For the latest news on LPBW and the Roloff family, stay tuned.