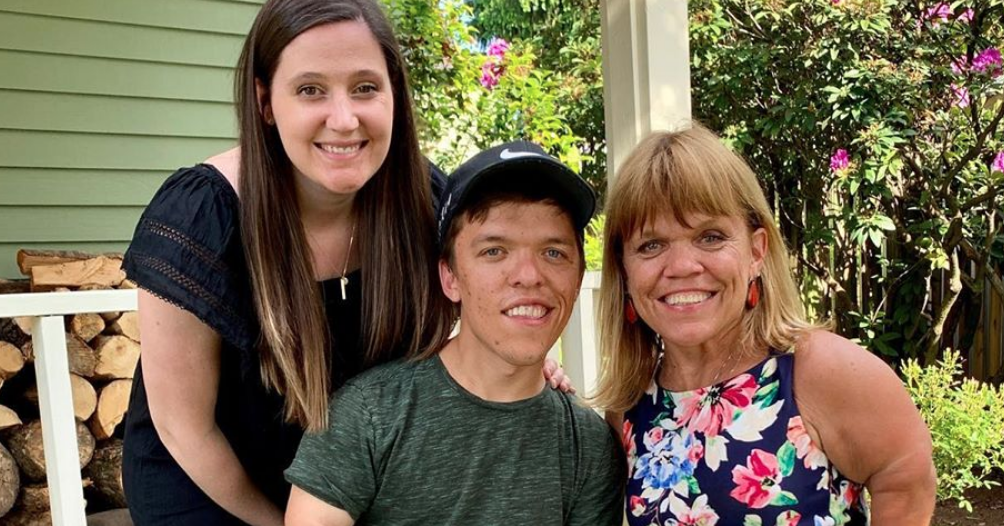 On Tuesday’s episode of Little People, Big World, Zach and Tori Roloff received some news about their second child. In the episode, Tori has an ultrasound. There, the couple finds out that their baby girl on the way has dwarfism. The doctor says, “Her head is larger and most of the long bones are about two weeks behind, so everything is kind of measuring right on track for achondroplasia.” The LPBW couple knew this was a possibility. Zach, his mom Amy, and his son Jackson all three have the same condition.

Of course, there are health concerns that come along with the diagnosis. So, naturally, Tori and Zach have a lot of emotions. When they leave the appointment, they’re pretty bummed. And, Tori cries in the car. They’re concerned about their daughter’s health, but they love her the same no matter what.

Zach talks to Amy about baby’s diagnosis on LPBW

On the episode, Zach has a conversation with his mom about the baby’s diagnosis. During this conversation, his mom tries be reassuring and offers the support that Zach needs during this time. As mentioned, he and Tori took the diagnosis pretty hard. After all, there are many health issues associated with dwarfism. So, what Zach really needs is some love and reassurance from his mom.

After the appointment, Amy asks Zach, “what happened at the doctor’s appointment?” Zach answers, “The doctor thinks she’s probably going to be a dwarf.” Fortunately, Zach and Tori’s son Jackson hasn’t had health problems with his dwarfism. So, the LPBW family hopes the same is true of the new baby girl. Amy expresses this while talking with Zach. Zach says, “With Jackson, like, he has been pretty good, but we do run the risk of baby girl not being.”

As Zach grew up, things weren’t easy for him. He wasn’t totally healthy, and that’s due to his dwarfism. As mentioned, he has the same type of dwarfism as his children and his mother do. So, he’s likely extra concerned about the possible health issues for that reason.

Zach also mentions that he’s worried about having a daughter with dwarfism. Women deal with a lot of insecurities and body image issues. Zach talks about these fears, saying, “I see normal girls that have so many insecurity issues. And, he adds “girls can be catty with each other.”

Zach gives Amy the news that his daughter will likely be a little person. While he's concerned Lilah may face health problems like he did as a child, Amy tries to reassure him. Tune in to the new episode of #LPBW tonight at 9/8c.

So, what do you think of this conversation between Zach and Amy? Let us know in the comments section below.