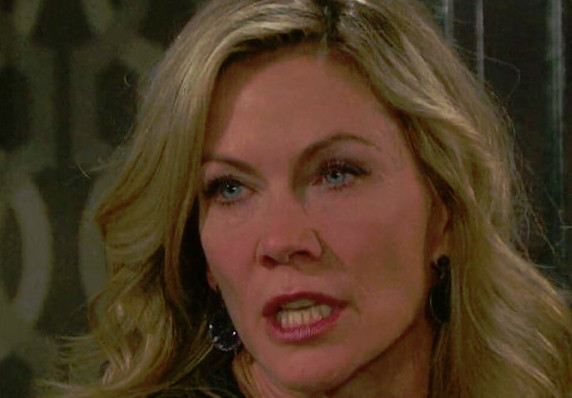 You’ve likely seen the reports that soap operas are at the risk of running out of new episodes. But Days of Our Lives fans don’t have to worry (yet.) The NBC show films months in advance. TV Shows Ace reports the daytime drama is good through at least October. With that reassurance, let’s dive into what will happen in Salem this week.

Gabi (Camila Banus) tangles with Chad (Billy Flynn) and Tony (Thaao Penghlis) over control of the DiMera family business. She may have an unexpected ally on her side with Brandon Barash (Stefan) returning to the soap opera.

However, the actor teased that Stefan may not be Stefan, TV Shows Ace writes. Returning on the April 23 episode, Gabi sees Stefan’s reflection and thinks she is hallucinating. Is it some kind of mind trick or is Stefan really back in Salem?

Chad and Abby Take Opposite Sides in the DOOL Baby Switch

The news spreads across Salem and everyone takes a side. Chad takes his half-sister, Kristen’s, side in the ordeal. His wife, Abby (Kate Mansi,) has another take. Abby feels the baby would be better off with Sarah and Eric than with Kristen.

Orpheus’ (George DelHoya) villainary in Salem dates back to the 1980s. He kidnapped Marlena (Deidre Hall) and Kayla (Mary Beth Evans) at various times to get revenge on Roman/now-John (Drake Hogestyn) and Steve (Stephen Nichols.)

With his lawyer’s help, Orpheus is freed from jail. It turns out that his lawyer is also his daughter, Zoey. As TV Shows Ace reported, General Hospital alum Kelly Thiebaud (Britt) is playing Zoey on DOOL.

Marlene and Jennifer (Melissa Reeves) worry about the villain. Jack (Matthew Ashford) tries to reassure Jennifer while Marlena goes right to the source with a warning.

Speaking of Kayla, she makes her choice between Steve and Justin (Wally Kurth) this week.

Kristen Stabs the Person Responsible for Taking Her Baby on DOOL

While Sarah is on the run in Paris with baby Mickey, Kristen is on the warpath back in Salem. She goes after the mastermind behind the baby switch: Victor (John Aniston.)

Spoilers indicate that Kristen stabs Victor in the stomach. Luckily, Sonny (Freddy Smith) finds his grandpa and rushes him to the hospital. Will he be able to save Victor in time? Who will Kristen go after next?

Tell us in the comments if you think Kristen is justified in attacking Victor. Who should Kayla choose?