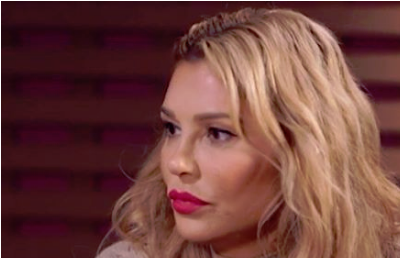 Brandi Glanville may only be returning to The Real Housewives of Beverly Hills in a friend role, but her role in the drama is huge. Reports have been swirling that Brandi hooked up with RHOBH co-star Denise Richards, putting a strain on the Wild Things star’s marriage.

TV Shows Ace reported that Denise denied the rumors of her quitting the RHOBH over the drama. She also shot down allegations about having an open marriage.

Brandi recently opened up on Danny Pellegrino’s Everything Iconic podcast about the show’s upcoming Season 10.

Bravo fans are eagerly awaiting any news about RHOBH Season 10 and what happened between Brandi and Denise. Fans who tuned in to the podcast hoping for the tea were seriously disappointed. According to the former model, she’d love to talk about it. But she can’t, Reality Blurb reports.

Brandi has alluded to being forbidden from talking about the alleged affair. However, she has never explained what’s stopping her. During the podcast, she finally admitted to facing legal action. She said,

“And as far as the Denise stuff, because I was given a cease and desist, I’m gonna just not talk about it until I have to.”

Brandi caused a stir on Twitter recently by randomly mentioning her lawyer. She later clarified that it was about something unrelated to RHOBH, TV Shows Ace reported.

Where Do The Former Friends Stand Now

During Season 9 of RHOBH, Denise and Brandi were on friendly terms. They even had a drink together, where they discussed Lisa Vanderpump and puppygate. How things change.

Not surprisingly, the pair are no longer on good terms after Brandi’s affair allegations. She says,

“[We] don’t have a relationship, unfortunately… All I can tell you is I don’t lie.”

That last part is something Brandi reiterates on Twitter often.

Brandi Reveals When Fans Can Expect the RHOBH Season 10 Trailer

The internet was in a frenzy last week when the supposed air date for RHOBH was leaked. Apparently, the information was revealed accidentally by the network on the Bravo app. Neither Andy Cohen or Bravo have confirmed or denied the April 15 premiere date.

According to the Bravo app, the #RHOBH are returning Wednesday, April 15 @ 9pm. Are you excited??? pic.twitter.com/5ZOMsE6y4a

Typically Bravo released a teaser trailer in the weeks leading up to a show’s premiere. One fan asked Brandi during a recent Instagram Live Q&A session about the trailer. Brandi responded that she hasn’t seen it yet. She implied that she won’t see it until everyone else does…next week.

Fans Worry ‘Bringing Up Bates’ Will Be Canceled Like ‘Counting On’
No Longer Boy Crazy? Scheana Shay Gets The Life She Wants
Savannah Chrisley Under Fire For Catching A Shark: Did She Release It?
Fans Worry About Newest Busby Addition: Is Jealousy An Issue?
Jessa Duggar & Ben Seewald Welcome Baby Number Four!