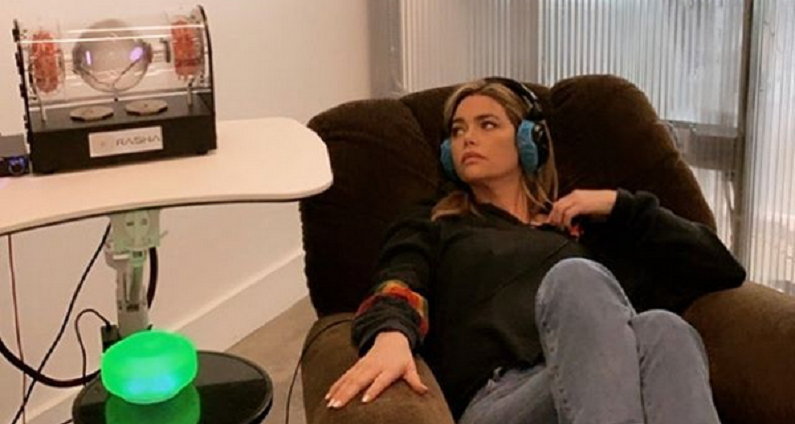 Does Denise Richards have intentions of leaving the show? Is she really feuding with her costars? And, what about her marriage? Is there any truth to these rumors? Denise is putting some of these rumors to rest.

‘RHOBH’ star responds to rumors she quit the show

Denise Richards is getting cheeky on Twitter, as reported by All About the Real Housewives. On Wednesday, Jan. 29, she finally addressed some of the rumor that have been following her. One of those rumors was about Richards leaving Season 10 of RHOBH. On that day, Richards was looking for help fans to help her choose her Season 10 tagline.

“Any good tag lines for me for #rhobh?!?,” she tweeted along with the diamond emoji. “And no… I did not quit.”

Rumors have been swirling that Richards was looking to leave RHOBH after feuding with some of her costars. As TV Shows Ace reported, Richards hasn’t been getting along with Lisa Rinna. Another target on the series, Camille Grammar, has defended the actress on social media. There’s been a lot of drama on the upcoming series due to the return of Brandi Glanville.

RHOBH fans are happy to hear that Richards won’t be leaving anytime soon. She at least addressed this rumor. Hopefully, she’ll take one of her fans’ suggestions.

She’s also the center of a rumor of a rumored hookup with costar Brandi Glanville. Due to the drama surrounding Richards, she decided not to go on the group trip to New York, as reported by Page Six. The 48-year-old actress did not join her fellow costars Dorit Kemsley, Kyle Richards, Lisa Rinna, Sutton Stracke and Teddi Mellencamp to support Erika Girardi’s new role in the Broadway show Chicago. The RHOBH cast touched down in New York and later celebrated Kyle’s birthday without Richards.

The other new housewife Garcelle Beauvais, also didn’t join the ladies. Richards’ absence comes amid the rumors that she had an affair with Glanville. She’s been married to Aaron Phypers since September 2018. The rumors should be addressed in the upcoming season, since the ladies confronted Richards during their group trip to Rome. Richards skipped the New York Trip and attended the promo for the upcoming drama Glow and Darkness in Madrid, Spain.

Back in the big apple with these girls! Best time with these ladies! Happy birthday @kylerichards18 Laughed so hard and loved every moment at @thepolobar 🎂💗😽😽😽😽

What are your thoughts on the rumors surrounding Denise Richards? Sound off below in the comments section.

Don’t forget to check back with TV Shows Ace for the latest news on the cast of the Real Housewives of Beverly Hills.

Erika Jayne Promotes ‘RHOBH’ Amid ‘The Housewife & The Hustler’ Debut
What Does Jacob Roloff Do For A Living & Does He Still Live In A Van?
Uncle Dale Mills Gets More Than Bargained For Babysitting Busby Quints
‘Too Hot To Handle’ & ‘Love Island’ Premieres Will Battle For Views
Isabel Rock Tells Fans To Stop Body Checking Themselves