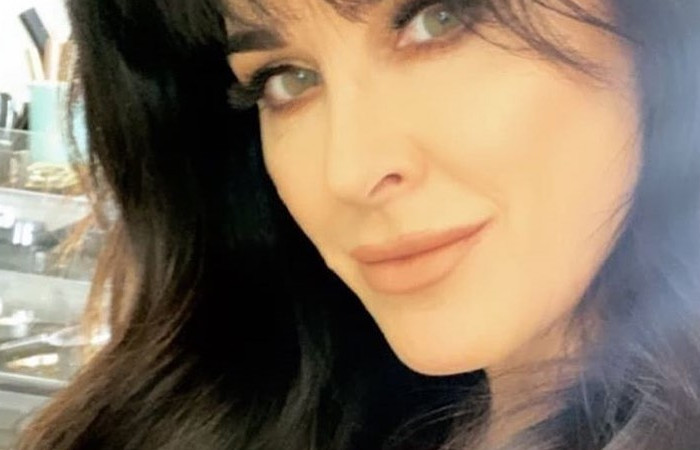 The Real Housewives of Beverly Hills star Kyle Richards is setting the record straight… again. TV Shows Ace reported a few months ago about Kyle’s denial that her co-stars intentionally went after Denise Richards this season.

Season 10 doesn’t even have an airdate yet, but a new tidbit of gossip about what went down seems to come out weekly. The latest is that Denise quit RHOBH in the middle of the season due to feuding with the other ladies.

Reality Blurb reports that Kyle attended a fundraiser for breast cancer research earlier this week. As fans know, Kyle’s mother passed away from breast cancer and Kyle films her annual mammograms for the show to raise awareness.

During the event, Kyle opened up about several burning questions RHOBH fans have. The most pressing: did Denise really quit the show for good?

Denise actually denied the rumor herself a few weeks ago and Kyle’s response backs her up. With a little shade thrown in Lisa Vanderpump’s direction, too. Kyle said,

We had someone last year leave, but so far this season, no one’s left.”

As fans know, Lisa V. left RHOBH after feuding with Kyle and the other Housewives during Season 9. In fact, the Vanderpump Rules star refused to film with any of them for the last half of the season. While she filmed footage on her own, Bravo producers left most of it on the cutting room floor.

Kyle did admit in a roundabout way that there were tensions among the cast during Season 10.

No One Quit, But There Were Plenty of ‘No-Shows’

Kyle seems to confirm co-star Lisa Rinna’s contention that Denise skipped out on a wrap party hosted by Dorit Kemsley. Lisa R. replied to one of Denise’s Instagram posts calling her out for missing the party after making plans to attend.

At the time, Denise’s RHOBH co-star, Camille Grammer, defended her, despite their rocky history on the show. Denise also didn’t attend the cast trip to Rome, Italy or Erika Jayne’s NYC Broadway debut in the play Chicago.

Kyle seemed to address these absences during her interview. She said,

“We had a couple of no-shows, which is kind of common when there’s so much drama going on, which that’s what’s happening right now. So, a little no-shows here and there…”

Kyle also revealed that she doesn’t plan to quit RHOBH anytime soon. According to the Halloween actress, she would only leave when “the bad outweighs the good.”

Season 10 sees the return of controversial RHOBH star Brandi Glanville. The former model makes a few appearances. As much as Brandi loves stirring the pot, it’s only on HER terms.

She recently caused a stir among her Twitter followers with a post mentioning a meeting with her lawyer. Followers responded to the tweet, assuming it was related to the RHOBH drama with Denise.

Brandi was quick to let fans know they were overreacting. According to Brandi, she requires a lawyer for something else and not all of her posts are about RHOBH.

Not EVERYTHING IN FACT MOST THINGS I MENTION ON HERE ARE NOT ABOUT HOUSEWIVES!!! I’m in a lawsuit about toxic mold -geeeeez

The Real Housewives of Beverly Hills returns at some point later this year.