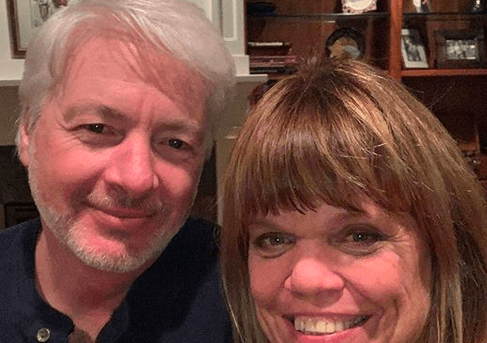 Little People, Big World fans were thrilled to find out that Amy Roloff got engaged to her boyfriend Chris Marek. This came after her divorce from Matt Roloff. The former LPBW couple seems to be on okay terms now. Now, Amy has moved into her own home. This has pushed the wedding back though. As of right now, the wedding is set for sometime in 2021, but they haven’t chosen a date yet. Moving meant that her wallet took a hard hit. But, the wedding will happen soon enough.

When Chris proposed to Amy, she wrote about it on Instagram, saying, “I couldn’t believe it! I cried, he had tears and of course I said YES! I’m engaged and couldn’t be happier. I love this man so much.” LPBW fans really seem to like Chris. They think he’s a good fit for Amy.

Amy might wear a Say Yes to the Dress gown

As TV Shows Ace previously reported, it’s possible that Amy could wear a Say Yes to the Dress wedding gown. Based on what Amy and her friend Lisa Dixon discussed on a Facebook Live, it seems like they want to see a Little People, Big World and Say Yes to the Dress crossover.

Lisa said, “I’m sure a few of you have heard of Kleinfeld in New York, and Randy [Fenoli] because he designs dresses.” Then, she added, “Could he design a dress for a little person? Randy, if you’re listening out there, we’d love to hear from you. We’d love to come to New York.”

None of this has been confirmed, but it’s definitely a possibility. Fans of both LPBW and SYTTD would surely tune in for this too.

Don’t count on Amy doing anything wild for her wedding. She won’t be eloping. The TLC star wants something “traditional.” She also mentioned wanting to have both a wedding and a reception. So, it will likely be a pretty big event.

She said, “I’m much more of a traditional person … I want the wedding and the reception. I would like to share that experience with [Chris].” She added that she’ll be wearing a wedding dress, but she isn’t sure that it’ll be white.

LPBW fans wonder if Amy will get married on Roloff Farms

All of Matt and Amy’s kids have had some part of their wedding at Roloff Farms. Jacob got married on the beach, but his reception was held at the family’s farm.

Happy Happy Birthday Jacob! 🎉🎉🎈🎉🎉. What a wonderful year it has been for you. Now a married man. But you’ll always be my baby. I’m so proud of you and will continue to love reading and seeing and hearing all about your adventures with Isabel. Love you forever and always. ♥️. #myyoungestson #happybirthday #lifeadventures #rockandroloff #love #foreverandalways #mamalovesyou

And, fans know that the farm holds a lot of sentimental value for the entire Roloff family. So, it would only make sense for Amy to have some part of her wedding on the farm.

But, she previously lived there with Matt. So, it might be a little bit odd for her to get married there. Ultimately, it’s up to Chris and Amy where they get married. They might be comfortable getting married at the farm, or they may already have plans of their own.

LPBW will return to TLC on March 30, as reported by TV Shows Ace. In the meantime, stay tuned for more updates.