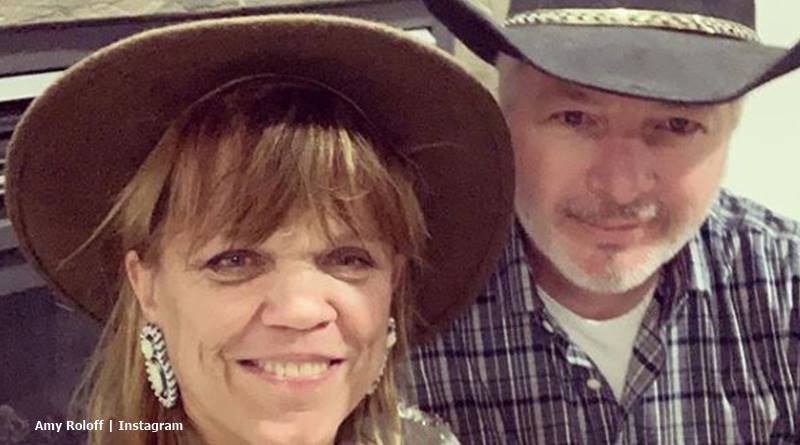 LPBW fans know that Amy Roloff and Chris Marek postponed their wedding from 2020 to next year. The news came out in early February. Disappointed fans need to wait a while, but Amy explained she’s got some good reasons for the delay. But, is it possible she might do a Say Yes To The Dress crossover when she marries Chris next year?

TV Shows Ace reported on February 7, that Amy won’t marry this year. She explained that moving home just about killed the piggy bank. Recently, on a Facebook Live with her friend Lisa Dixon, she talked a bit more about the delayed wedding. There’s more to moving home than just tossing some furniture in a truck. In fact, we reported that Chris is busy helping Amy to do some projects on the house at the moment.

Then, fans also heard that Amy’s filming and got a lot on her plate as well. The LPBW mom told fans about that on her Instagram. Now, Yahoo carried a story by Good Housekeeping and they noted she talked about that again during the Facebook Live. She said, “I think there’s just so much going on…getting settled into the new house, projects in the new house, and everything like that.” Well, she plans a full wedding, so that takes a lot of time.

Say Yes to the Dress suggestion

The suggestion that Amy might consider a crossover with the TLC show, Say Yes to the Dress, came from Lisa Dixon. She said, “I’m sure a few of you have heard of Kleinfeld in New York, and Randy [Fenoli] because he designs dresses.” Then she wondered if he could “design a dress for a little person?” Finally, she called on Randy to contact them.

The show’s gaining interest at the moment, as the America series premiered on  Saturday, Jan. 5. And, why shouldn’t Amy from LPBW consider it, or one of the spin-offs? After all, TLC’s other stars, including Jessa Seewald from Counting On have been on the show. She’s featured in their upcoming Atlanta spinoff. The Duggar Family Blog announced that the wedding dress Jessa gets involved in is for her sister-in-law Jessica. The show premieres on Saturday, March 21.

Little People, Big World fans know that Amy and Chris got engaged in September last year. Amy made the announcement on her Instagram. That’s not really enough time to plan for a big wedding reception and do all the rest of the things this year. And, Amy said that she really wants Chris to get the full wedding experience. So, it’s understandable the LPBW star wants to delay things.

A lot has happened to me this past week and a half (more later)but I wanted to share again A beautiful event that happened in my life. I never had a clue or expected it. Chris and I celebrated our 3rd year anniversary of dating last Wednesday. And to my wonderful happy surprise he proposed and asked me to marry him! ❤️🎉❤️. I couldn’t believe it it! I cried, he had tears and of course I said YES! ❤️💍❤️. I’m engaged and couldn’t be happier. I love this man so much. ❤️. Of course, A day later i had to celebrate the news w/ two of my closest friends – Lisa and Debi 🎉😊🎉. I’m blessed. I’m happy. I’m so looking forward to continuing our life journey together. #ilovethisman #imblessed #journeyofamyrandchrism #amyroloffssecondact #engaged #2021

What do you think about the idea of Amy Roloff doing a crossover with Say Yes to the Dress? Would you like to see that? Sound off your thoughts in the comments below.