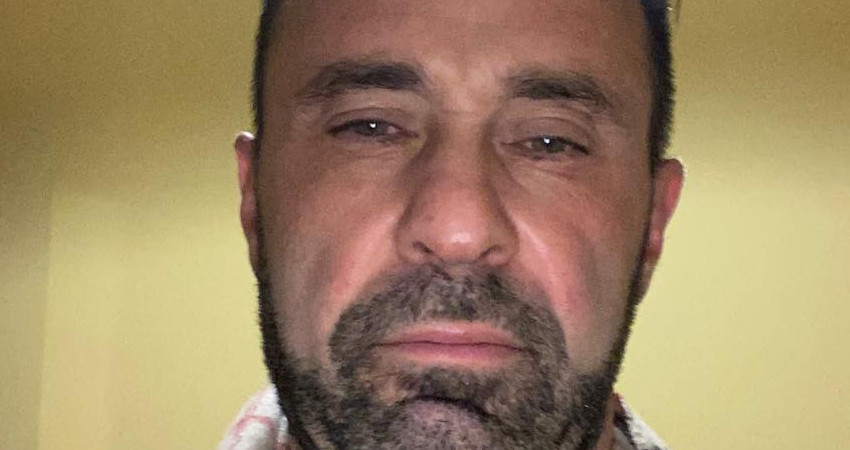 The Real Housewives of New Jersey star Joe Giudice is living his best life. The estranged husband of Teresa Giudice may not be welcome in the U.S., but other countries have their arms wide open for the real estate contractor.

Joe made headlines last month after TMZ leaked pictures of the reality star partying with a group of women in Mexico. An apology addressed to his daughters was posted to his Instagram, but later deleted.

TV Shows Ace reports that Joe told fans the photos were photoshopped. Teresa surprisingly had a chill response, telling Joe to “party on.” It seems he took her word and spent part of his vacation in the Bahamas enjoying the single life.

(As fans know, Teresa and Joe separated three months ago after 20 years of marriage. Neither have yet to file for divorce.)

Over the holiday weekend, RHONJ’s Joe Giudice took to Instagram to share a video of himself living it up in the Bahamas. The video, filmed by Joe, shows four women in bikinis by a pool. The women are dancing to Milania Giudice’s song “I Can’t Wait to Grow Up.”

The camera pans to another man in the group trying to lick his armpit. Joe’s original caption caught by People revealed that he deleted the video once before but decided to put it back up. He wrote, in part,

I took this down because of others comments! But today, I decided to live for me.”

A much shorter caption now accompanies the picture, thanking his friends and their husbands for their service in Iraq.

On our last day of 🇧🇸 trip, 👫 👫and I were🕺 💃 to my buddy song, “I Can't Wait to Grow Up," Stop What You're doing And Dance ‘Milania Style.' I want to acknowledge my friends in this video! Thank you to your husband’s for risking their lives in Iraq. I had great time with you all! #heroes @milania_giudice356

Melania filmed the video for her song at a mall in Syracuse, New York. Watch it below.

Teresa and Joe routinely comment on each other’s social media posts. This video was no exception. Teresa didn’t seem bothered by the women in bikinis dancing to her daughter’s song. Her focus was on the guy licking his armpit.

The RHONJ star began her comment with “lol,” and went on to say that she “loved the big guy” trying to lick his elbow. Or, in typo-Teresa fashion, “kick his arm bit.”

Teresa clearly doesn’t have a problem with her ex moving on. However, she did recently reveal to her RHONJ co-stars that she strongly suspects Joe was cheating on her many years ago. She says she didn’t have proof and was able to get over it.

Is RHONJ’s Teresa Giudice Ready to Move On?

RHONJ star Melissa Gorga recently weighed in on those rumors about her sister-in-law and family friend Anthony Delorenzo. Teresa and Anthony dated briefly in high school and he remains close friends with Joe Gorga. He’s also a pool contractor and recently installed a pool in the Gorga home.

Teresa admitted to Melissa and her other RHONJ co-stars that Anthony sent her a shirtless selfie. However, she claims that nothing is going on and they are just friends. Melissa seems to back Teresa up, though she wouldn’t mind the former couple reuniting.