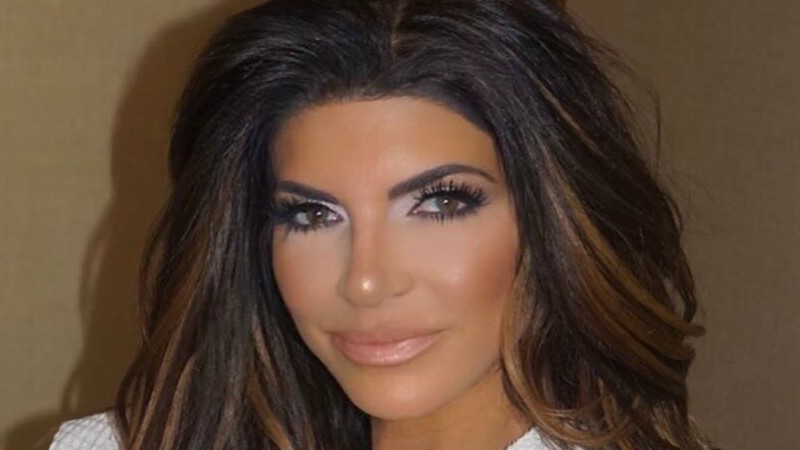 Teresa Giudice dropped a bomb on this week’s episode of The Real Housewives of New Jersey. She admitted something that fans have suspected all along: Estranged husband Joe Giudice was probably unfaithful to her.

During the Season 12 episode of RHONJ, Teresa recounts to her co-stars why she suspects that her then-husband was cheating on her. She found a second phone and confronted ‘Juicy Joe’ about it.

While Teresa is just now opening up about the incident, it happened many years ago. At the time, her eldest daughter Gia was only three. Gia is now nineteen and in college at Rutgers. Joe’s excuse was he used the phone to talk to an old friend, someone he grew up with.

RHONJ co-star Dolores Catania chimed in that the other woman also dated her ex-husband, Frank Catania, too. Teresa responded by clarifying her connection to the alleged mistress even more. She said,

Yeah, she gets around. She was training me at the time, too. So it was somebody that he knew.”

Teresa defended herself for not leaving Joe immediately. She says she never had real proof, just a feeling. Without knowing for sure, Teresa was able to get over the suspected affair and move on. The couple stayed married for many years afterwards.

In fact, they finally separated just three months ago after Joe moved to Italy to await his deportation appeal.

Waaay back in Season 4 of RHONJ, fans suspected something was up with Joe after production caught him in a sketchy live mic moment. During a cast trip to a vineyard, the real estate developer excused himself to check in with “work.”

As Teresa approached Joe, he was heard saying into the phone, “Here she comes. My b**ch wife.” He continued his rant by calling the RHONJ star  the ‘c word.’ Teresa, of course, didn’t know he said these things until the reunion episode. She defended him then and still defends him now, saying he never spoke to her like that except on the show.

Watch the clip and judge for yourself if Joe was speaking to a co-worker or another woman.

Despite their strained marriage and separation, Joe and Teresa present a united front on social media. The two often take to the comment section to compliment one another and communicate.

For Valentine’s Day, Teresa posted a sweet photo of herself surrounded by the former couple’s four daughters. The caption said that her daughters have her heart.

Rumors have circulated lately that Teresa is dating an old family friend, but he wasn’t mentioned on her social media. Neither was her estranged husband.

They have my heart today & everyday! Hope everyone enjoys the day! 😘 #happy valentinesday2020 ❤️

Joe’s message to his ex was much more direct and loving. Beside a photo of Teresa, he thanked her for being a great mom and wife.

Thank you! For being a great mom and wonderful wife ♥️🥰💕 #valentines

The downfall of Teresa and Joe’s marriage will likely play out the rest of the season. The Real Housewives of New Jersey airs Wednesdays on Bravo.