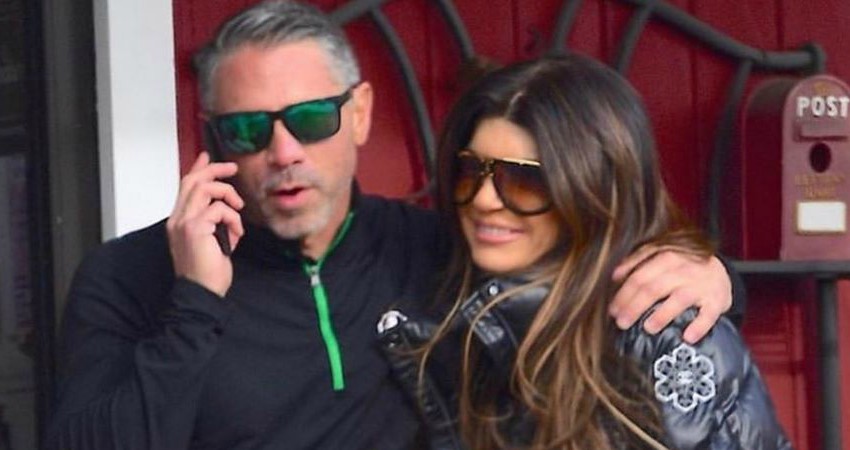 The Real Housewives of New Jersey star Melissa Gorga has her sister-in-law’s back. Rumors have circulated for months about Teresa Giudice’s relationship with high school boyfriend, Anthony Delorenzo.

Photos of the couple walking arm-in-arm only sparked more rumors. During this week’s RHONJ, Teresa showed her co-stars a steamy, shirtless selfie Anthony sent her. Despite the hot pic, the best-selling author insisted they were just friends.

Teresa and her sister-in-law haven’t always seen eye-to-eye. In fact, they had many arguments after Melissa joined RHONJ. In fact, the two seem closer than ever. For that reason, Melissa feels the need to speak up on Teresa’s behalf and clarify rumors.

The On Display singer reveals that Teresa and Anthony grew up across the street from each other. Melissa’s husband, Joe Gorga, is best friends with the contractor. That connection explains why Anthony was included for the family’s Christmas festivities.

Despite dating in high school, Melissa says Teresa and Anthony aren’t dating. At least, not each other. During an appearance on Watch What Happens Live, Melissa joked that Anthony is dating the world. She said,

“They’re both single right now, so they’re just kind of like, ‘Hey, look at me, well look at me.’”

However, Melissa also called Anthony a “good guy.” While she wouldn’t have a problem with the exes reuniting, she doesn’t see it happening, People reports.

The Real Housewives of New Jersey star notoriously took up bodybuilding while her estranged husband was in prison. A new gym photo of Teresa reveals that she has toned but not overly muscular arms.

Arms aside, the real focus of the photo is Teresa’s flat stomach and abs.

#ad Completed my first 30 day challenge with @flattummyapp 💪🏻 My confidence is at an all time high! 🤗 I’ve been following the nutrition plan and workouts in the app and can’t the believe the results I’ve seen! Download the 7 day FREE trial today.

Teresa isn’t the only one who’s turned to the gym for distraction. During his time in prison, Joe Giudice lost more than 50 pounds. He routinely shows off his trim figure and MMA training sessions on social media.

Viewers haven’t seen Caroline Manzo on The Real Housewives of New Jersey since Season 5. The television personality briefly headlined her own spin-off about her family, Manzo’d With Children.

While appearing on RHONJ, Caroline was often seen as the voice of reason. She frequently tangled with Teresa. The co-stars began feuding during the show’s third season over Teresa’s comments about Caroline in her cookbook.

The two haven’t spoken much over the years. But now they will reunite Sunday for an ad for hummus. The full 30-second ad won’t be unveiled until February 2nd. However, a teaser was released this week that gives viewers a glimpse of the former friends.