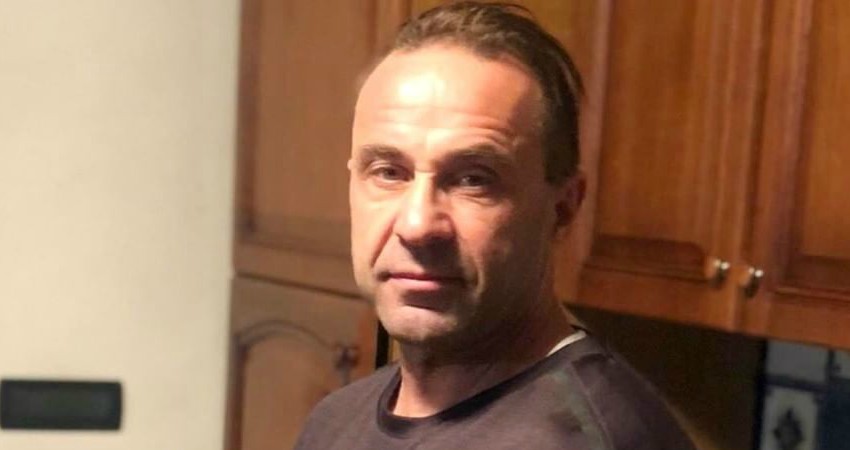 The Real Housewives of New Jersey stars Joe Gorga and his wife, Melissa Gorga, are finally revealing their true feelings about their brother-in-law. During a recent episode of the hit Bravo show, Joe Gorga declared that Joe Giudice never acted like “a real man” toward Teresa Giudice.

TV Shows Ace reports that Melissa expressed similar displeasure over her sister-in-law’s marriage. Both the On Display singer and her husband admit that they were never close to their brother-in-law.

In fact, Joe Gorga said this about Teresa’s estranged husband: “He doesn’t know how to open up and be a man.”

Joe Giudice is not looking great this season on The Real Housewives of New Jersey. At the time of filming, the businessman was still in ICE custody awaiting decision on his deportation appeal.

As fans know, he chose to relocate to Italy to get out of the federal facility. The longtime couple announced a few months ago that they were separating, but not yet divorcing. The separation was expected, as Teresa still lives in New Jersey with their children.

As Season 12 progresses, the arguments between the estranged couple get worse and worse. Last week, Teresa admitted that Joe Giudice told her he doesn’t feel anything for her. Despite the verbal fights on RHONJ, Joe and Teresa Giudice show nothing but love for one another on social media.

Joe Giudice also seems to take aim at some of the bad press he’s received lately. One of his recent posts appears to be a response to Joe Gorga’s comments about his manhood.

Oddly, the post is all about honesty and trust, two things that were problems in his marriage. The post says, in part, “A real man has nothing to hide.”

Is Joe Giudice implying his brother-in-law is less than honest with Melissa? One thing the RHONJ star definitely thinks is dishonest is those leaked photos of him hanging out with a bunch of women in Mexico.

Last week Joe Giudice was spotted by TMZ partying with three women while in Mexico. The father of four wrote and then deleted an apology to his daughters for his misjudgment. However, now he is saying the images were photoshopped and fans agree.

Reality Blurb snagged screengrabs of Joe Giudice informing fans that the Mexico photos were photoshopped. He alludes to the fact that the photos show his pre-prison body. And he’s not wrong, as fans pointed out.

Joe Giudice doesn’t offer an explanation on why the photos would be altered, nor does he deny that he was partying in Mexico. Surprisingly, Teresa’s only response to the scandal was, “Party on!”

Despite being in prison when Instagram gained popularity, Joe Giudice seems to know his way around the social media site. Since he settled in Italy, the RHONJ star regularly updates his followers with photos and videos of his training sessions, the view in Italy and flashbacks to his younger years.

Earlier this week Joe Giudice announced that he would be jumping into the podcast arena.

👋 I’m really seeing , “the real world,” so I thought now would be the perfect time to let YOU ALL join me with a series of episodes THROUGH MY PODCAST COMING SOON! I will be sharing with you lots of JUICY INSIDE SCOOP! I’m 🧳 through these many areas to show you that people instill family values and happiness on a dime not 💴💴💴! I will be giving you the real inside scoop of my real life not edited 🎥 version! Ok guys I know the trap of Work, bills, kids, friends, outings, and school-sports consume us as parents that we forget to tell our partner/family what they mean to us. For many of us in a relationship it’s too late when you realize just how thankful you are to have such an amazing partner or family in your life, that you never know how to tell him or her! We all make mistakes, have struggles, and even regret things in our past. I want to lend my experiences to help fix them before it can lead to mistakes, you are not alone never waste time in anger or regrets when you can be fixing the underlying problem! Indulge with your ☕️ and 🍰 with me @Sipandenjoysio.com coming soon! 😉📱#podcast #mylife #grow #familyfirst #indulgeyourself #loveyourself #comingsoon #sorry @Sipandenjoysio.com coming soon! Let’s face it aren’t you tired of hearing how perfect 👌 some relationships are! #fact @teresagiudice and I were not perfect but we do have ❤️ and ✊ for each other #oldschool! Stay tune🎙 you never know who will tag along! Don’t forget your ☕️ •🍰 @Sipandenjoysio.com coming soon!

He didn’t announce many details about the podcast. TV Shows Ace will provide an update with more info on how to listen when it becomes available.

Tell us in the comments if you think the photos of Joe Giudice were photoshopped. Here’s a recent video, post-weight loss, to compare to the photos above.