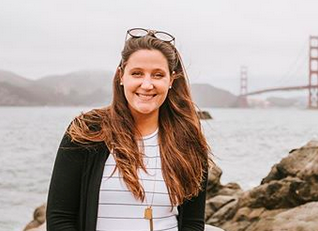 Little People, Big World stars Zach and Tori Roloff have two kids. Their first child, Jackson, was diagnosed with dwarfism. Zach and his mom, Amy Roloff of LPBW, also have dwarfism. When Tori and Zach revealed they were expecting their second child, fans began to wonder if this baby would have dwarfism. Throughout Tori’s pregnancy, they shared that they didn’t know if she would be born with dwarfism. Tori also shared that they could perform tests to find out, but they didn’t care to find out ahead of time. The diagnosis wouldn’t change anything for them. They chose not to follow through with the amniotic draw and waited until the baby was born.

So today is international Dwarfism awareness day! I sometimes forget that my husband and son are “different” because it’s so normal in our family. But I really strive to use this platform for good! I get lots of questions from people (especially mamas) So if you have any questions about dwarfism drop it down below and I’ll answer as many questions as I can. I know I may not be the most qualified to answer questions as it’s something I’ll never truly understand but I’ll do my best and I’ve got some good resources! 😏 PS. All you need to know about baby girl right now is she is a healthy girlsie!!

LPBW fans know that Matt Roloff, Zach’s dad, is also a little person. He has degenerative diastrophic dysplasia rather than achondroplasia. Due to his condition, Matt had 15 different surgeries growing up. Achondroplasia is less severe. Achondroplasia is hereditary, so there is always a chance that Zach and Tori’s kids will have it at birth.

Prior to Lilah’s birth, LPBW star Amy leaked the diagnosis. She went live on Facebook, and the video has since been deleted. In the video, she shared that the baby would be a little person. She also shared that there was a 50/50 chance of the baby being born with dwarfism. The video was taken down shortly after it was aired. It’s unclear whether TLC or Zach and Tori were involved.

Now, Lilah Ray is almost a month old. Until recently, Tori and Zach were keeping quiet about whether the baby is a little person. In a recent TLC video, Tori and Zach chatted about their baby girl. They introduced the newest LPBW star to the world. She certainly has a lot of fans already.

In the video, they talked about her name, her delivery, and more. The family seems thrilled to have Lilah in their lives. They think it’s precious how much she looks like her brother, Jackson.

During the TLC video, the couple answered the question that everyone has been asking. Zach said, “Lilah has achondroplasia, so we’re two-for-two on that front.” Tori adds, “Batting a thousand.”

No matter what, Zach and Tori are going to love their little girl. Because they already have Jackson, they know exactly what the diagnosis means and how to take care of both Lilah and Jackson. Plus, they have the support of Matt and Amy, who raised Zach with the condition.

Are you surprised to hear Lilah’s diagnosis? Do you think she resembles Jackson? Leave a comment below.