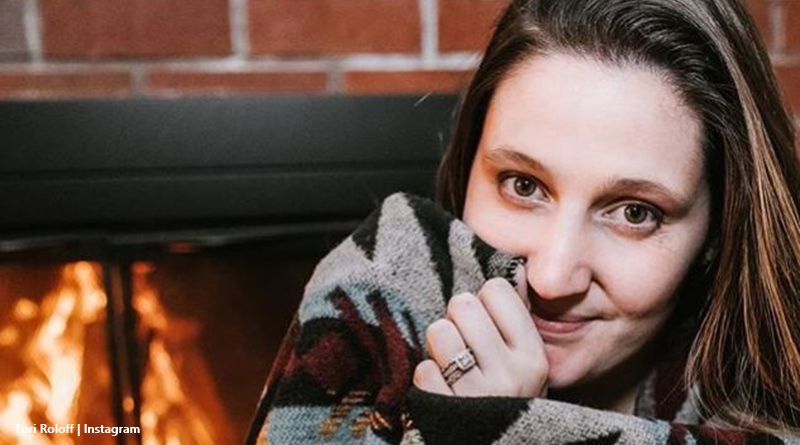 LPBW fans know Tori Roloff and her husband Zach expect a little girl sometime in November. The whole time, Tori said they didn’t know if their little girl would be a little person or not. But, now it looks like Zach’s mom Amy Roloff gave it away. Reportedly, she shared a live video on Facebook about it, but that vid’s been deleted already.

TV Shows Ace reported, “Zach and Tori have shared that they don’t know if their baby girl will have dwarfism like her older brother, Jackson Kyle. The Little People, Big World couple opted out of an amniotic draw to find out for sure if their baby girl will be a little person.” That came on October 7.  Well, further on in the pregnancy, perhaps they know the status of the newest addition to LPBW. But, one would assume if they wanted the reveal out there, they’d do it themselves.

Radar Online wrote that they saw a live video by Amy Roloff on Facebook. They also noted that shortly after, the video was removed. Perhaps the TLC producers objected. After all, it could be a large part of the next season of the show. Alternatively, perhaps Tori and Zach felt Amy shouldn’t be talking about their personal lives. We can’t say, but whatever went down, the video is gone. In it, Amy apparently revealed their little girl’s going to be “a little person.” And, she noted there was a 50/50 chance of that from the beginning.

Zach and Tori’s first child Jackson really charmed viewers of Little People, Big World. The adorable child steals all the love and fans can’t get enough of him. But, the family knows in years ahead, he might struggle with his physical limitations. Sometimes, these kids undergo surgery to help them cope. And, many fans hoped that Tori’s new baby would not face that. But, it looks like the cat’s out the bag, as LPBW mom Amy said, “She will be a little person.”

On Tori’s Instagram, LPBW fans asked if the baby’s a little person or not, but Tori never answered. However, one follower did. They noted, “actually, with sonograms, they can find that out during pregnancy. But, that’s a family thing and no one’s business. They don’t have to share everything, sheesh. The public will find out, soon enough.” Well, it looks like the public just did find out, and possibly Tori and Zach feel a bit violated.

My love of Disney continues. So fun taking Jackson to @disneyonice tonight! It’s becoming a tradition and we were so excited (and thankful because there’s no way I could have done it myself) that grandma was able to join us this time!! Thank you Disney! °o° #disneyonice

What do you think about Amy reportedly saying that Tori Roloff’s baby girl will be a little person? Do you think she took the video down as she shouldn’t have said anything? Sound off your thoughts in the comments below.