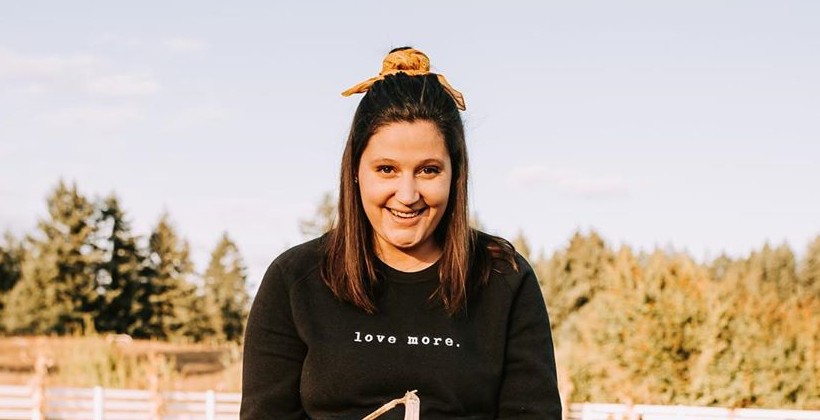 Tori Roloff has not posted on Instagram for quite a while. However, Tori broke her Instagram posting hiatus on Thursday. According to Tori’s most recent post, she might be due to give birth sooner than originally thought.

For nearly a month now, Tori Roloff hasn’t shared a post on her Instagram account. In fact, Tori last shared a photo on October 27. The photo’s caption read that she and Zach had taken Jackson to see Disney on Ice.

Tori’s Instagram followers noted how great Tori looked in the photo. Comments also thought that Tori’s growing third-trimester baby belly was so cute. At that time, LPBW fans thought that Tori had at least a month left before her due date.

Tori Roloff has been so silent on her Instagram lately that her followers thought that maybe she had already given birth. However, TV Shows Ace reported that Tori broke her social media silence a few days ago with an Instagram Story. During the IG Story, Tori Roloff scolded one of her followers for commenting about the weight she has gained during her second pregnancy.

The commenter also compared Tori to another unknown person who is apparently “not so fat.” According to Tori, she doesn’t usually respond to negative comments. Tori added that she does receive hateful comments but that comparing her to someone else is detrimental. Tori also added that she and her baby girl are healthy.

LPBW fans have been following Tori’s second pregnancy since she and Zach announced they were expecting in May. For almost exactly six months, Tori has faithfully kept her followers updated on how her pregnancy has been going. Tori hasn’t kept it a secret that she’s had a more difficult time with this pregnancy than her first.

TV Shows Ace shared last month that Tori hasn’t had any major complications, though. The report also noted that Tori Roloff was probably due to give birth around the last week of November. However, Tori wrote on her latest Instagram post that baby “girlsie” could arrive sooner than anyone expected. According to Tori, her baby girl could arrive any day now.

Any day now there will be one more girlsie in this photo and I can’t wait. She has two of the best grandmas on the planet and is so loved already. Thanks for lunch mamas and for celebrating this sweet babe with me! Come on girlsie we want to meet you! #babyroloff

Tori’s Instagram photo from yesterday shows her posing with her mom and Zach’s mom, Amy Roloff. The caption reads that “any day now” there will be one more girl in the photo. Tori Roloff added that she wants her baby daughter to “come on” already because they want to meet her. Does this mean that Tori’s due date could actually be sooner than the end of November?

Will Zach and Tori’s baby girl have dwarfism?

Of course, LPBW fans asked in the comments if baby girl will be a little person. TV Shows Ace reported just over a week ago that Amy Roloff might have answered that question without permission from Zach and Tori. Amy reportedly said in a deleted Facebook live video that Zach and Tori’s baby girl will, in fact, be an LP like her big brother, Jackson.

This is news that Zach and Tori have been silent about throughout the pregnancy. The LPBW fan-favorite couple has actually insisted that they don’t know whether or not their baby girl will have Zach and Jackson’s form of dwarfism. Neither Zach nor Tori have confirmed what Amy allegedly said in the deleted video. So, LPBW fans will just have to wait until baby “girlsie” is born to find out if she is a little person. Hopefully, the wait will be over any day now.