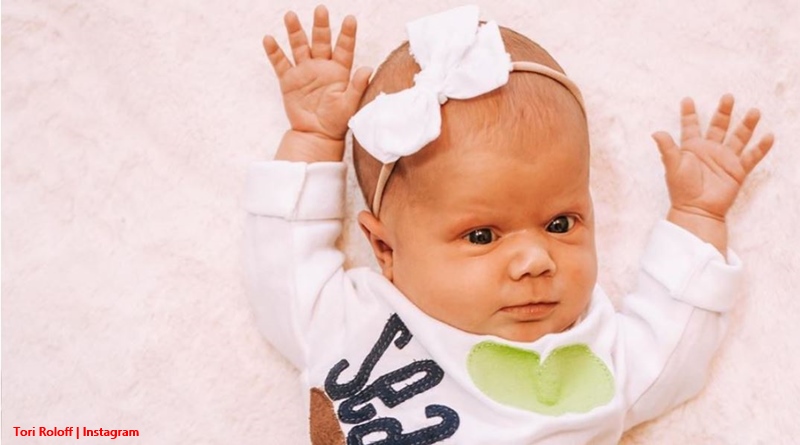 LPBW fans heard from Tori Roloff back in May that she and Zach expected a baby. Now Lilah arrived, it seems that Tori’s very reluctant to open and up and share about Lilah’s reported dwarfism. The question many fans have is simple: why on earth would she hold back?

Matt Roloff, Zach’s mom Amy, Zach, and his son Jackson all suffer from dwarfism. TV Shows Ace reported that apparently, Jackson’s sister Lilah also suffers from dwarfism. Although Matt’s is diastrophic dysplasia, and slightly different, kids with any dwarfism need a lot of encouragement. Radar Online wrote on what Zach said: “You have to encourage a dwarf child a little more because it will take them five steps to do what others can do in two.”

The quote came from Radar‘s article where Amy Roloff apparently couldn’t hold in the “secret” that their new baby’s also a little person. The LPBW matriarch spoke about it on a Facebook live. She took it down afterward, but the news already got picked up by the tabloids. According to Amy, “She will be a little person.” Plus, she said in the video that there was always a “50/50” chance of Lilah being a little person.

Zachary and I are so excited to announce that Jackson is going to be a big brother! We are expecting a sweet baby girl this November! 🎀 Thank you so much for always supporting our family and loving us! #zandtpartyoffour #babyroloff #babyjroloff #moniqueserraphotography 📷: @moniqueserraphotography

Caryn Chandler says Lilah suffers from dwarfism, but Tori seems reluctant to talk about it

After the birth of Lilah, Caryn Chandler took to Instagram to share a photo of her and the baby. In that post, one fan said, “Another beautiful lp. Man, they make cute babies,” Caryn replied, “they sure do.” So, no denial there. Then, Cheatsheet noted that “When [another] fan commented on the photo asking if Lilah was a little person, Chandler commented back: “yes she is an LP like her brother.”

We have both Amy Roloff and Caryn from LPBW saying Tori’s daughters a little person. So, why is Tori so reluctant to talk about it? Time after time, right back to the first mention of her pregnancy, fans asked about dwarfism and Lilah. But so far, Tori never answered any of those questions. It’s almost as though Tori’s trying to keep it a big secret.  Even in the latest pics of the baby this week, the bottom half of Lilah’s hidden. And, where we do see her feet, it’s hard to tell if she’s a little person or not.

Sugar & spice & everything nice… welcome to the world baby girl ! Newest Roloff is here and I didn’t want to let go. 💕🎀 #LilahRay #mamasdoinggreattoo

Tori’s photos don’t confirm dwarfism in Lilah – why hide it?

The latest photos of Lilah show her with legs cut off in the first few pics. Then, in the last one of the batch, we see her feet, but not the rest of her legs. Once again, fans asked the Little People, Big World mom if Lilah’s a little person. But as usual, she never replied. Cheatsheet speculated her reticence may be related to the TLC show. Perhaps, Tori and Zach will go into it more in another season. But, maybe other reasons hold Tori back

Some critics on Instagram felt that she was irresponsible by having another child. One fan posted on Tori’s anniversary photo this year, “Que tristeza que trigan bebes enfermos a este mundo. 😭💔How sad they bring sick babies to this world.” Plus other people also made similar comments about the LPBW star. And, some of them have been very ugly.

Do you think Tori’ Roloff’s reluctant to talk about Lilah’s reported dwarfism as they want to do a reveal on a new season of LPBW? Or, is she just avoiding critics who troll on her for having another baby? Sound off your thoughts in the comments below.

‘Autopsy: The Last Hours Of Dean Martin’ Where To Watch, What To Expect
‘General Hospital’ Spoilers Reveal Cyrus Is Gone, At Least For Now
Amy Roloff Is Excited About Her Wedding, But Is Chris Marek?
Carly Waddell Gives Health Update One Week Following Emergency
‘Sister Wives’ Janelle Brown Shares Rare Photo Of Her Father