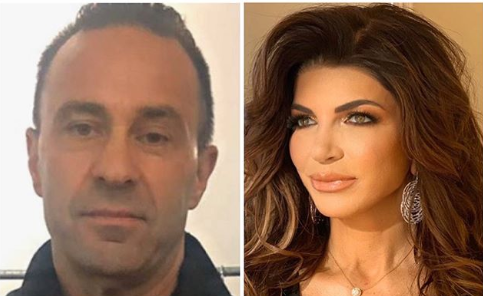 Joe Giudice‘s daughters are being spoiled this Christmas!

Joe And Teresa Giudice Are Focused On Their Daughters Right Now

On Tuesday, Joe Giudice shared a video on Instagram of him at an outdoor mall. The clip panned over to show an array of Fendi shopping bags. Joe captioned the post, “It’s been a while since I bought my angels a Christmas gift.” He was referencing his four daughters, Gia, 18, Gabrielle, 15, Milania, 14, and Audriana, 10.

Teresa Giudice, Joe’s estranged wife, caught hold of the post. She questioned whether she crossed his mind during this lavish shopping spree. She commented on the post, “What about Mommy for helping… Your welcome Daddy.” She added a Christmas tree emoji as well.

This exchange occurred after it had been revealed that the couple had split after 20 years of marriage. The Real Housewives of New Jersey couple has been separated, according to People.

The couple discussed the future of their relationship when Teresa and the girls went to Italy in November. The couple agreed they both needed to move on. They have chosen to go about it amicably and at a very slow pace. It’s been reported that Joe’s been on a few dates, though Teresa hasn’t. Teresa has been quite busy with the girls, work obligations, and taking care of her dad. But, that doesn’t mean she isn’t happy for Joe.

The couple has been supportive of one another and their happiness. There is still love between them, but they are also separated by the Atlantic Ocean. A long-distance relationship isn’t something either of them has a desire for.

It has been reported that divorce isn’t part of the plan right now, they are focused on their daughters.

The girls are going to be in Italy for Christmas to visit Joe. Teresa is going to stay home in New Jersey to take care of her father.

The Couple Hasn’t Lived Together For Four Years, But Their Separation Is Recent

Teresa and Joe Giudice were childhood sweethearts, married in October 1999. But they’ve been living apart from each other for almost 4 years. Joe began his 41-month prison sentence in March 2016. He was imprisoned on charges of mail, wire, and bankruptcy fraud. Teresa also served for these same crimes, but she only served 11 months in prison. She was released on December 23rd, 2015.

Joe Giudice was released from prison last year. He had been moved into the custody of Immigration and Customs Enforcement at the Clinton County Correctional Center in Pennsylvania. He remained in their custody while fighting to appeal a judge’s deportation order. Joe has lived in the United States since he was a child, but he never became a legal citizen.

Due to the rough conditions in the ICE facility, Joe made a request to go to Italy to await his third and final deportation appeal. In October, he flew to Europe where he is currently to wait for the final decision.

Teresa had previously said the family understood Joe’s decision to leave the United States after seven months in ICE custody.

“At the end of the day, I just want Joe to be happy. I’m just happy that he was free. I mean, where he was, it was really torturous,” she said. “I mean, he did wait to leave America because that’s what his daughters wanted him to do, fight. And that’s I what I said to him, you can never regret it because you did fight, and now that was good that you were able to leave and still fight it from Italy. I was like, ‘You don’t want to be in there. It’s disgusting.’ Who would want to be in there?”