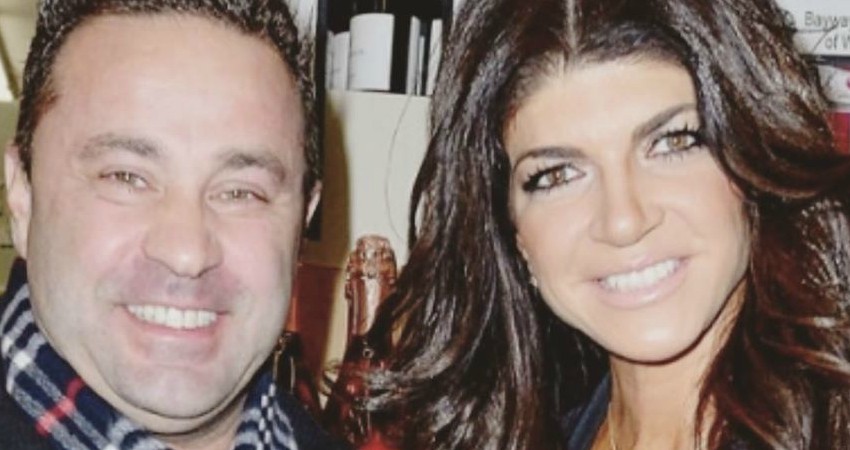 The writing has been on the wall for months about the breakdown of Teresa and Joe Giudice’s marriage. However, it took being reunited in Italy over Thanksgiving before The Real Housewives of New Jersey couple could let go.

As fans know, Teresa and Joe have been physically separated by prison walls since he began serving 41-months in prison in 2016. The sentence was a result of his guilty plea to fraud. Teresa served 11 months before that. The courts allowed them to serve their respective sentences one at a time so that one parent could stay home with the kids.

Joe was transported to Italy in October to wait out his deportation appeal, Teresa and their daughters went to visit him around Thanksgiving in November. Gia posted a photo of the family to her Instagram with the caption: “We’re back.”

RHONJ Couple Separate, But is Divorce the Next Step?

The Real Housewives of New Jersey’s Teresa has been open about her dislike of the idea of long-distance relationships. In her 2017 memoir, Standing Strong, the reality star said that she would “absolutely” end her marriage if necessary.

People think that I’d never leave Joe. But that’s not the case. If things with Joe aren’t good … between us when he gets home, I’d absolutely end our relationship.”

A source tells People magazine that the high-school sweethearts decided to separate during their reunion in Italy.

They discussed their future when Teresa and the girls went to Italy in early November and they agreed that each had to move on. They are doing so amicably and very slowly.”

However, the source notes that the couple don’t have any plans to divorce yet.

One of the hot topics of the former couples Watch What Happens Live interview a few months ago was infidelity. Both Teresa and Joe aired their suspicions that the other had been unfaithful during their marriage.

Teresa was spotted out with a younger man several times when Joe was in prison. However, sources say that Joe is the one who is already dating, not Teresa.

Joe has been out on a few dates, Teresa has not. She has been too busy with the girls, with work obligations and taking care of her father. She is happy for Joe . They have been very friendly with one another and are very supportive of each other’s happiness. They still love one another, but as Teresa told Andy Cohen on the WWHL special, they are separated by the Atlantic Ocean. Neither is interested in a long distance relationship.”

Fans would have to be blind not to see the split coming. Teresa remained on the fence about visiting Joe in Italy for Christmas. She ultimately decided to stay in the States and work while her daughters go to Italy.

Over the weekend, Joe posted a heartfelt post on his Instagram about the importance of letting go.

Before the news of the split broke, the former businessman posted a photo of him and Teresa with the caption that read: “It’s Time to Let Go.”

As of right now, Teresa hasn’t commented on her social media. People magazine reports that the family’s lawyer declined to comment.

The Real Housewives of New Jersey airs Wednesdays on Bravo. The circumstances surrounding Joe’s possible deportation are a big topic this season.