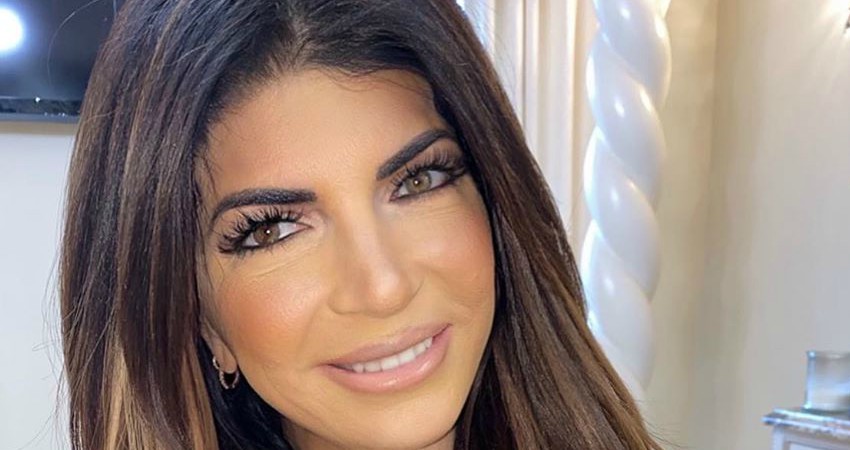 It’s been an eventful year for The Real Housewives of New Jersey’s Joe and Teresa Giudice. Joe was finally released from prison only to be sent to an ICE facility to await final deportation ruling. After seven months in ICE custody, Joe petitioned to continue the fight from Italy.

Joe’s family, including wife Teresa Giudice and their four daughters visited in early November. At the time, Teresa said she might have work commitments that prevent her from visiting Joe in Italy for a while.

RHONJ star Teresa’s daughters want to spend Christmas with Joe in Italy. During BravoCon, the reality star said the family may split the holiday with some of it spent in the US and the rest in Italy. The part-time body-builder also said she may not accompany her children due to work obligations.

Sources tell Radar Online that Teresa is still on the fence about where she will spend the holidays.

Teresa is refusing to say for sure if she is going to see Joe in Italy for Christmas.”

The insider further reveals that Teresa is still considering divorcing Joe. Both spouses alleged to Andy Cohen during their Watch What Happens Live that the other was unfaithful. Teresa’s RHONJ co-stars call her out during Season 12 of the hit Bravo show for her flirty behavior.

Melissa Gorga doesn’t always get along with her sister-in-law. The two spent years feuding on The Real Housewives of New Jersey over Teresa’s perceived jealousy of her brother’s wife. While the two are on good terms lately, Melissa has some thoughts about the state of Teresa and Joe’s marriage.

Us Weekly reports that Melissa thinks the end is near for Teresa’s marriage.

I would never say to Teresa, like, ‘Hey, you’re not gonna end up with Joe,’ but my gut feeling is that Teresa is gonna end up moving on.”

What if Joe moves on first?

Earlier this week, Joe posted a photo on his new Instagram of himself and a blonde woman. He also posted a video of the two having dinner for a birthday celebration. Many fans took to the comments to ask who the woman is or to give Joe their approval for moving on.

But hold up. It turns out that the woman is a long-time family friend. Teresa’s co-star, Dolores Catania, commented, “awww great to see u together.” Joe and Teresa’s daughter responded with heart emojis, saying her heart is so full.

Celebrating with my Buddy @lisina1130 The Queen of Italia. So happy to be here with her and her family

Joe and Teresa just celebrated their 20th anniversary earlier this year. The couple has yet to call it quits, even if everyone fully expects them to any day now. Joe is also still waiting for the final ruling on his deportation appeal.

New Picture Of Fern & Ivy Seewald Surfaces On Reddit…Kind Of
Thomas Jacobs Looks Back On His ‘Bachelorette’ Journey
‘Y&R’ Spoilers: Big Surprise For Summer As Kyle Makes His Way Back?
‘Bold And The Beautiful’ Wedding SHOCKER Sheila Tells Finn ‘I’m Your Mother’
Chrishell Stause Gushes Over The Bouquets Jason Oppenheim Gifted Her