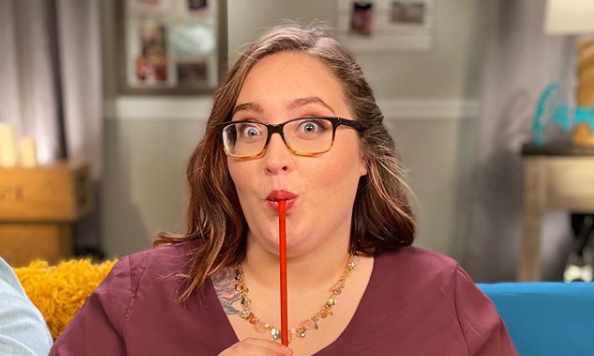 Lauryn “Pumpkin” Shannon seemingly teased that Mama June: From Not to Hot could be coming to its end. Earlier this month, the reality TV star shared a family photo on Instagram. The caption read, “That’s a wrap for now.” Since the third season of the series finished in May of this year, “Mama June” Shannon has been facing legal issues. She had to sell her home in Hampton, Georgia in November.

Fans Bring Up The Idea Of A Sister Spin-Off

“It’s been fun, crazy, and an emotional ride but that’s a wrap for now,” the caption continued. The photo showed the family sitting at a carnival game with their backs to the camera.

Fans began to worry that this was the ending for Mama June: From Not to Hot, although it hasn’t been confirmed.

A fan commented, “Either they finished filming or shows canceled [please] no.”

Shannon replied to the fan, “Only time will tell.”

Another concerned fan asked, “Is the show canceled?” But Shannon only gave a winking emoji and another with a hand over the mouth as a response.

More concerned fans chimed in, “No more shows? What?” Shannon cleverly replied with another question, “Who knows?”

“Hoping for the best for all of you…I want you to have a Tv show of ur own.. with hubby daughter/honey boo… your do down to earth…”

Fans seemed excited by the idea of a sister spin-off.

It’s been fun, crazy, and a emotional ride but that’s a wrap for now ❤️😢 @moriahmuse @goforhutto @sheebs023 @honeybooboo

Mama June: From Not to Hot debuted in February 2017, tracking Mama June’s weight loss transformation. The show aired just three years after TLC canceled Here Comes Honey Boo Boo. Since the ending of the show’s third season in May, Mama June, and her boyfriend Geno Doak have been in some legal trouble. In October, the two plead not guilty to charges of possession of crack cocaine.

Mama June And Her Boyfriend Worsen The Wedge In Her Family

The arrest of Doak and June occurred in March at a gas station in Alabama, followed by her indictment by a grand jury in September. Doak’s charges include possession of a controlled substance, drug paraphernalia, and domestic violence. Mama June’s arrest came from suspicion of felony possession of crack cocaine and misdemeanor possession of an apparent crack cocaine pipe.

According to PopCulture, Shannon’s home in Georgia had been sold for $225,000 in November. Allegedly, she had decided to live in an RV with Doak to travel the country. This decision made a rift between Mama June and her kids over her relationship with Doak worsen.

She captioned the photo, “SISTERS make the bad times good and the good times UNFORGETTABLE.”