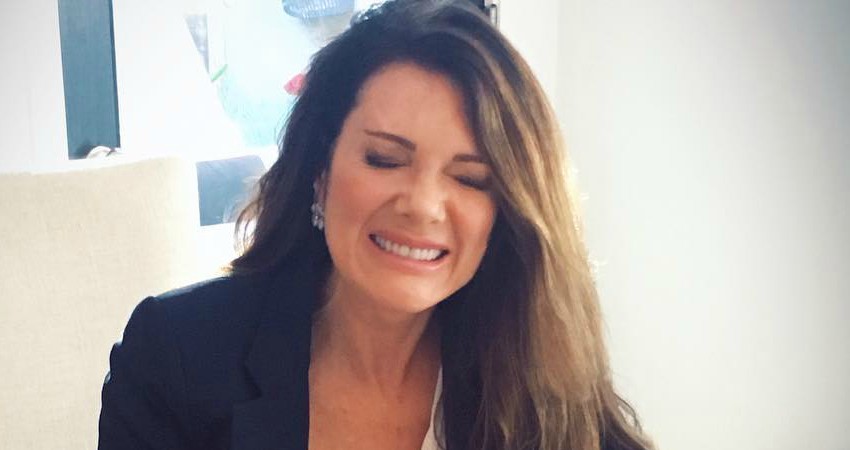 Vanderpump Rules stars Ariana Madix and Tom Sandoval are making the press rounds to promote their new book. The couple released Fancy AF Cocktails earlier this month. No topic is left untouched in the book or their interviews.

TV Shows Ace breaks down the backstage gossip given in the book. Is it really about the pasta?

Tom recently switched from divulging VPR gossip to the topic of one Lisa Vanderpump. His boss at SUR and Tom Tom is in a ‘great place’ since she left The Real Housewives of Beverly Hills, he recently told Us Weekly.

After years of taking the blame from her co-stars for pulling strings behind the scenes on RHOBH, Lisa Vanderpump had enough. When Kyle Richards confronted her with allegations that Lisa was responsible for a tabloid story surrounding Dorit Kemsley and Puppygate, Lisa lost her cool. She kicked her former friend out of the house and stopped filming for the show soon after.

The reality star didn’t even attend the Season 9 reunion episode, despite being contractually obligated to do so. She explained her decision back in June, stating that the show was “too difficult.”

“I made the decision to leave. It was a very difficult year for me, personally and professionally. I had wonderful things happen this year, opening up and TomTom and the cocktail garden in Vegas. The Housewives, it’s just, it’s emotionally too difficult to deal with.”

However, Lisa has continued filming her spin-off show, Vanderpump Rules. There are rumors that Bravo has more spin-offs planned for her dog rescue organization, Vanderpump Dogs and her new Las Vegas restaurant.

As fans know, Lisa lost her brother weeks before Season 9 of The Real Housewives of Beverly Hills began filming. Her mother passed away just a year later. Ariana discusses how difficult the last few years have been on her VPR boss.

“She’s definitely been through a lot in the last year or so with lots of family members and also feeling probably like she maybe had friendships that also don’t exist anymore.”

Ariana also revealed how much Lisa seemed to enjoy filming the upcoming season of Vanderpump Rules over the summer.

“On our show — or at least this summer — she was so giving of herself and so open and so willing to kind of put herself out there with us more with our cast more. I think that people are going to really enjoy.”

Our crew likes to live on the edge.. vegas!!

As co-owner of bar TomTom, Tom spends a lot of time with Lisa. That gives him more insight on how filming RHOBH affected Lisa during the drama with her co-stars. He says Lisa ‘hated’ filming the show.

“You’ve got to understand, Lisa fricking hated filming Housewives. She f–king hated it. I’d be having a conversation with her, and I could see in her head that she’s stressed. She’s like, ‘I have to go film Housewives after this, and it’s really making me miserable.’”

Tom believes this stress is what led to Lisa’s abrupt exit from the show, though she continued filming VPR.

“When you’re stressed out about something you can’t really care about anything. It can overtake you.”

Lisa recently revealed that Bravo has already asked her to return to the show. She explained why she turned them down by saying, “I’m really in a different place in my life now.”

Now that Tom has made up with co-star Jax Taylor, he’s turning his attention to the feuding women. Kristen Doute reportedly had a falling out with BFFs Stassi Shroeder and Katie Maloney. Stassi went so far as to say she needed a ‘break’ from their toxic friendship.

However, Tom tells Us Weekly that he has seen this before in their 10-year friendship and has hope that it will work itself out. He says, “I’ve seen over the years, over a fricking decade of this sort of happening, and it usually works itself out. I hope everything does with this time, and I hope that … I don’t know. I’m optimistic.”

Be sure to tune in to Vanderpump Rules when it returns to Bravo on January 7.

‘Extreme Sisters’ Anna and Lucy DeCinque Engaged To Their ‘Prince Charming’
Lawson Bates Meets This Little One For The First Time
‘You, Me & My Ex’ Coming To TLC: Here’s What We Know So Far
‘Bachelor In Paradise’ 2021: Wells Adams Role Revealed
‘Too Hot To Handle’ & ‘Love Island’ Premieres Will Battle For Views