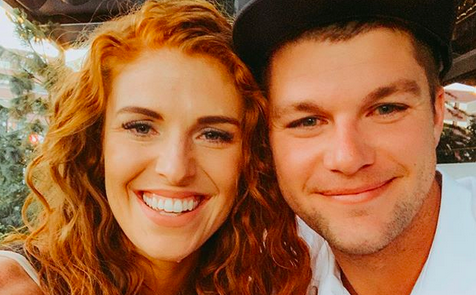 Fans of TLC’s Little People, Big World love to see updates from the stars of the show. Most recently, LPBW alums Audrey and Jeremy Roloff shared a Thanksgiving Day photo. In her caption, Audrey wrote, “When it’s 20 degrees but you gotta get that Thanksgiving Day family photo😜 So thankful for our growing family. God has blessed me immeasurably more than I could have ever imagined.”

Based on her Instagram stories and this post, Audrey has made it clear that her little family spent their Thanksgiving at Brasada Ranch in Powell Butte, Oregon.

When it’s 20 degrees but you gotta get that Thanksgiving Day family photo😜 So thankful for our growing family. God has blessed me immeasurably more than I could have ever imagined. #happythanksgiving

The pictures she shared feature the family of three (soon-to-be four). Jeremy and Audrey got married in September 2014. Then, in September 10, 2017, their first child was born. Ember is two years old now.

In July, the family revealed that their second child was on the way. They posted a few sweet pictures featuring ultrasound photos. With the photos, Audrey said, “Baby #2 is coming in January!!!🎉 Ember is gonna be a big sister!😍😭 We are so grateful and excited for this little blessing to join our family💗🙏🏻”.

Then, a month and a half later, the couple revealed that their second child is a boy. Their little boy will be joining the family in about a month.

In the comments section of Audrey’s post, she and her family are getting lots of love and attention. Plenty of LPBW viewers wished them a happy Thanksgiving. Fans of their family’s TLC show love the new pictures. They’re also super excited for the arrival of Jeremy and Audrey’s second child soon.

Here’s what a few fans have had to say about the pictures:

What’s new for the Roloff family?

The LPBW family is busy right now. Tori and Zach Roloff just welcomed their second child into the world. They named her Lilah Ray.

Amy Roloff recently lost her mother. She also got engaged to her boyfriend, Chris Marek.

Things seem to be continuing to go well between Matt Roloff and his girlfriend, Caryn Chandler.

Jacob Roloff and Isabel Rock tied the knot in September.

Matt Roloff recently confirmed that the upcoming season of LPBW has begun filming. It should premiere in the spring of 2020.

What do you think of the new family photos? Do you like seeing updates from the stars of Little People, Big World? Leave a comment below!