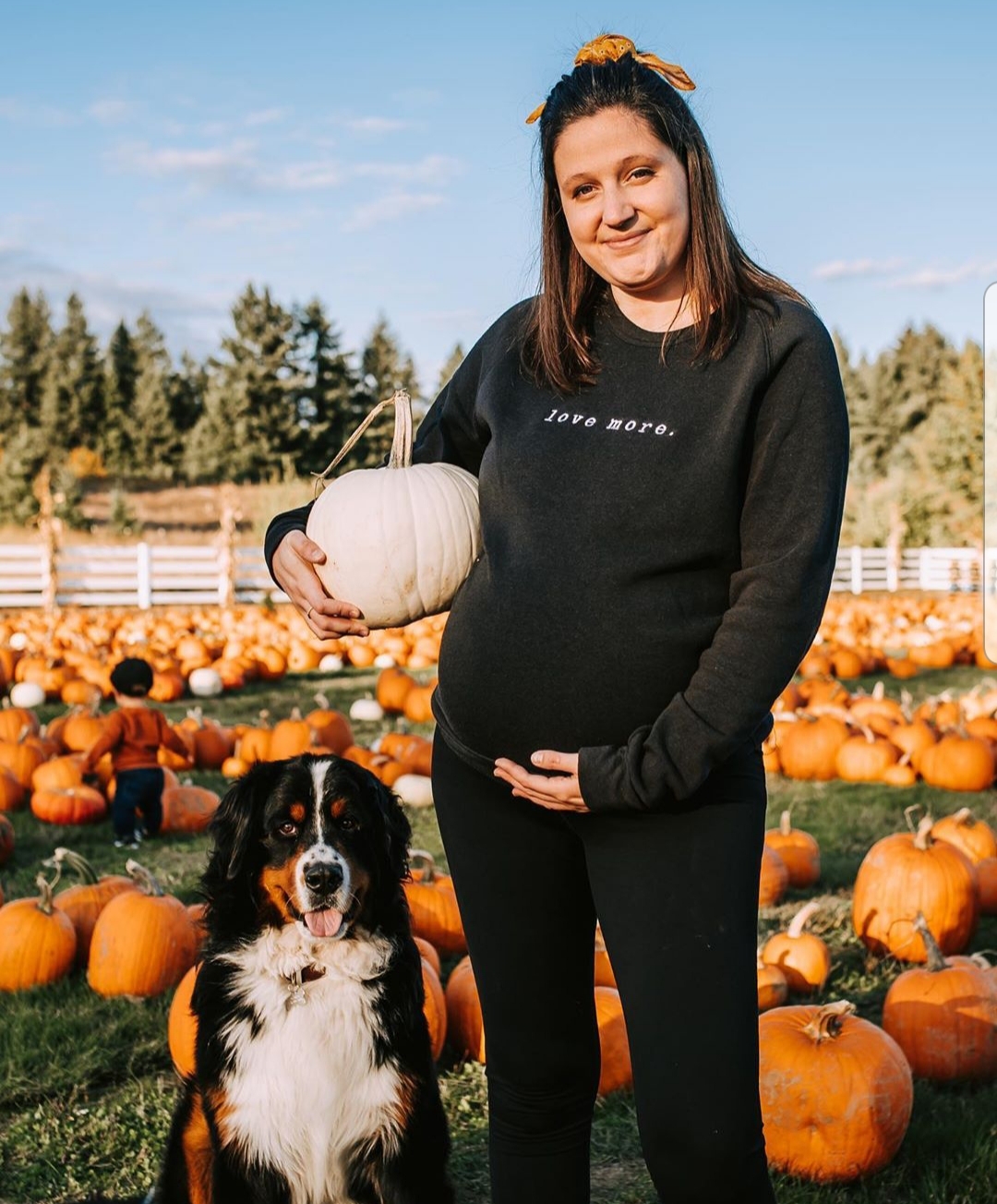 Tori Roloff, star of Little People Big World, claps back at an Instagram troll that called her “fat” and a bad example for her child and she responds by reminding fans and visitors to her Instagram page to be kind and respectful.

Tori Criticized For Her Weight And Looks

On Saturday US Magazine reported that Tori posted an Instagram Story showing fans how she responded to someone that left her a comment about her weight and looks. “Girl what happens (sic) with you, you’re so fat,” the harsh critic told her in a direct message. She continued, seemingly comparing Tori to another person, which Tori blocked out of the post, “look at her she’s son (sic) pretty and not so fat, you should try to eat and live like her.” Continuing her relentless criticism, the troll writes, “look at u, u look so bad, big face, mug everything. Try to care yourself please.” The troll finished by telling Tori to, “try to be healthy for ur family, now ur gonna have 2 kids, give them a good example.”

My love of Disney continues. So fun taking Jackson to @disneyonice tonight! It’s becoming a tradition and we were so excited (and thankful because there’s no way I could have done it myself) that grandma was able to join us this time!! Thank you Disney! °o° #disneyonice

Tori Hits Back At The Troll

Many fans of Little People Big World already know that Tori is not one to shy away from body-conscious issues. She has admitted in the past to struggling with the appearance of her body—especially during pregnancy. It is not surprising when the troll lashed out on her, she felt the need to respond. “I usually do not respond to ridiculousness like this. But what in the actual heck. I can not believe women talk to other women like this. Calling me fat and unhealthy is the most disgusting this ever.”

She continues her clap-back by writing that, “Comparing me to other is so detrimental. If you want me to be healthy for my family you should be lifting me up not tearing me down. GTFO. I’m pregnant and myself and baby girl are as healthy as can be.”

She Sends A Message To Fans

In a separate post Tori reminds her fans and critics that her Instagram page is a place for kindness and love. She also says that although she does receive some hateful comments at times, most of her fans are loving and kind. She capped her post by writing, “thank you guys for always keeping it real with me. I’m only here to do me. And if that means eating a milkshake a day guess what? I’m here for it.”

Tori is no stranger to harsh comments from fans. She has been the target of fan speculation of whether she is pregnant or not just because her body sometimes appears a little heavier. She recently posted a picture from a maternity shoot on her Instagram explaining that she, “didn’t really want to take maternity photos. I’m not one of those women who loves being pregnant.” She admitted she was talked into taking the photos by friends and family. She was so happy she did.

Baby girl I just can not wait to meet you. 💕

She is often compared to her sister in-law, Audrey Roloff. Audrey seems to outwardly enjoy and bask in her pregnancies. In a recent Instagram post where Tori posted a maternity picture, with a caption about how pregnancy is not her favorite and that it is difficult for her, a fan wrote, “Audrey always seem so much happier than you, so much more glowy.”

Despite the comparisons, Audrey seems to be a big supporter of her sister in-law. Haters aside, with Tori likely being very close to her due date, she has been posting many pictures of herself and her son. She is enjoying her son Jackson and spending her last days as a mom to just one.

Keep checking back for more Little People Big World news including the arrival of the new baby girl.