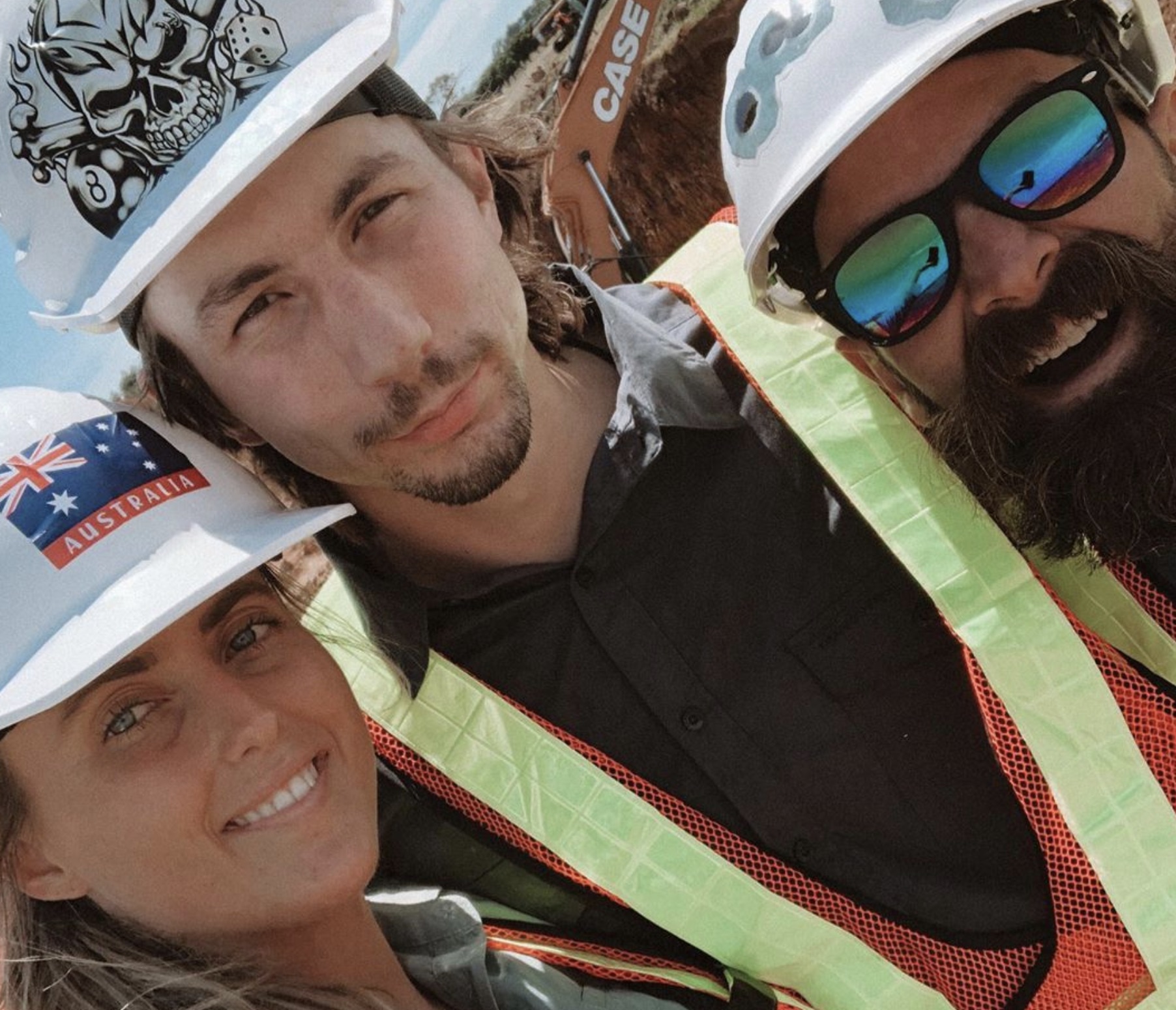 Recently, TV Shows Ace revealed that the next episode of Gold Rush: Parker’s Trail is filming in Australia. Parker and his team are there now, checking out some really cool mining sites and meeting with local experts. But, his team is missing two key people, including fan favorite, Karla Ann! What do we know?

The Klondike gold mining season is over, and Gold Rush Season 10 began airing in October. But, the gold mining season is still not over for Parker Schnabel. He is off on for the fourth season of Gold Rush: Parker’s Trail. He has been posting a lot of photos from his adventure. TV Shows Ace has reported that he has even been working with Aussie prospecting expert, Tyler Mahoney.

Fred Lewis is back working with Parker. Fred is a Special Forces medic and security expert. He replace Rick Ness in Season 3, when Parker ventured to Papua New Guinea. But, he is the only team member who is returning for Season 4.

There have been many photos shared from the latest Trail episodes in Australia. What is clear is that Karla Ann Charlton is not back. Karla Ann, who currently works on Rick Ness’ crew in the gold room, was the wilderness expert the first three episodes. She is not back with Parker for Season 4. There is no explanation or statement.

Gold Rush fans may have forgotten that Karla Ann originally worked for Parker Schnabel. When Rick Ness got his own team, she followed Ness, leaving Parker’s crew. But, she still traveled with Parker on the extra excursions. This year, she is not enjoying libations with Parker and Fred. Instead, according to her Instagram, she has been hanging around the beach with friends.

Cameraman Sam Brown is another missing team member. Sam joined the team in Guyana, replacing James Levelle. Parker was upset with Levelle, and totally stopped speaking to him when they returned from their Alaskan adventure. Sam also joined Parker in Papua New Guinea. But, based on Instagram, Sam is now in China, not in Australia. He is on expedition with Dave Lucas.

Instead, cameraman Dan Etheridge is traveling with Parker Schnabel. According to his Instagram, Dan works for Discovery Adventures, including wilderness expert Bear Grylls.

What about Rick Ness?

Rick Ness was part of the first two Parker’s Trail season, but he did not go to Papua New Guinea nor is he in Australia. Good thing for him too, as he tends to freak out over spiders and creepy crawlies. The Australian bush has oodles of those!

It appears that the longtime Gold Rush bromance between Parker and Rick is totally over. Parker and Rick met when Rick was a musician and Parker hired him. Rick worked for Parker six years and now he is totally living a life separate from his former boss. That includes not participating in Gold Rush: Parker’s Trail.

Gold Rush fans, are you disappointed that Karla Ann and Sam will not be in the next season of Parker’s Trail? Be sure to check back with TV Shows Ace for the latest Gold Rush news. Gold Rush Season 10 airs on Friday nights on Discovery.

Wait, Did Kylie Jenner Reveal Her Baby’s Gender?
‘LPBW’ Ember Roloff Gets Epic Photobombed On Special Day
Amy King Releases Bizarre Photo Amid Not Wanting To Be In The News
‘BIP’ Natasha Parker Is Moving On, Saying Goodbye To The Past
‘Love After Lockup’ Lizzie Kommes Shares HUGE Life-Changing Rebirth