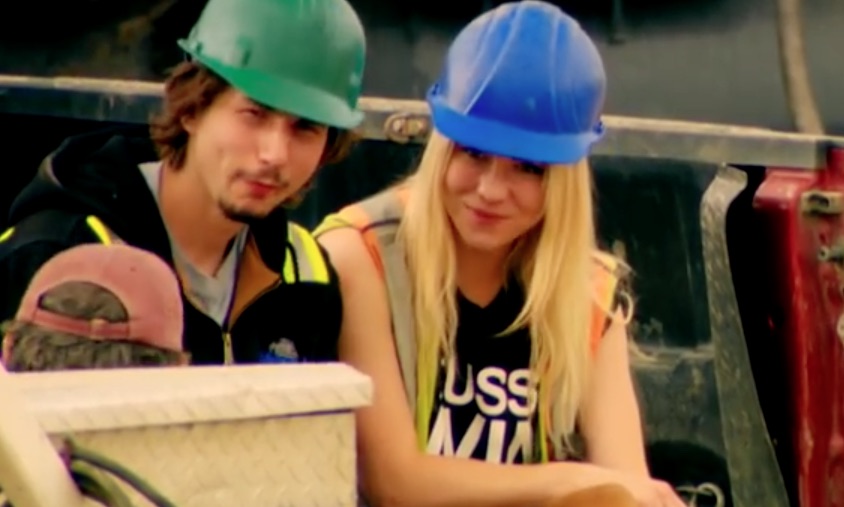 Gold Rush Season 10 started on Friday, but Parker Schnabel is finishing up his gold season and  getting ready to head to Australia. On Friday he revealed he is filming a new season of Parker’s Trail and is headed Down Under to find some gold. This happens to be where his former girlfriend and Gold Rush star Ashley Youle lives. Could we soon expect a Parker and Ashley reunion?

.@goldrush_parker talks to us about the incredible new season of @Gold_Rush on @Discovery and his own Parker's Trail, getting dirt on what fans can expect in the upcoming season! #GoldRush https://t.co/67rwMRiZ8l

Gold Rush star Parker Schnabel’s Klondike gold mining season is nearly over. He recently told Monsters & Critics that in less than three weeks, he is headed to Australia to film another season of Gold Rush: Parker’s Trail. He wanted to go somewhere new. One of the biggest obstacles is safety. This means that places like Congo were considered just too risky to mine. So, he and his pals are heading Down Under! This is not a totally cushy season. There are snakes and spiders and a whole lot of regulations to deal with in Australia.

“This year we are going to Australia. I leave for Australia here in about three weeks. That’s a decision rooted in a fundamental gold mining aspect. It is not a third world country. Hopefully, it’s not going be as dangerous from a people standpoint. There are more laws, regulations, and enforcement in Australia than in the other countries we’ve been to.”

Where in Australia are they headed for “The Trail,” as Parker prefers to call it? Parker responded that they will be “all over Australia.” Could this include Melbourne, Australia, where a certain Veterinary nurse, who likes to hip hop dance, resides? April Neale never asked Parker, but Gold Rush fans may now wonder if there will be any sort of reunion?

Parker Schnabel recently spoke with The Times before Gold Rush Season X began. He talked about the actual cost of running a mine. Parker surmised that he may decide to start a weed farm after he is done moving dirt around, in his quest to find gold. Parker may even decide to flip burgers! But he did share that gold cost him his relationship with Ashley Youle.

Parker revealed that “She’s great.” He spent some time thinking, before he spoke again. “But it didn’t work out. You know how these things go.” The non-stop, crazy gold mining schedule is tough on relationships. Unfortunately, Parker still has regrets.

Has Parker Dated Anyone Else?

Just a year ago, Parker was photographed with Sheena Cowell,  who is an assistant producer, with a strong scientific background, for Discovery. There was a lot of speculation that Sheena was his new girlfriend. But, a guy that is dating someone new would not still be pining about his previous girlfriend.

It was less than a year ago that Parker went on The Dirt and confessed to Christo Doyle that heartbreak made him a changed man. He explained that, “Her first week in North America, I was burying my grandpa.”

Perhaps Parker did some deep thinking and he dug through permafrost. He certainly knew what went wrong. He blames this relationship fail because of  “a lot of un-dealt issues in my head.”

Gold Rush fans have watched Parker Schnabel grow up from a gawky teen to a successful millionaire entrepreneur. But, despite this success, he still thinks about the one that got away. Could Parker and Ashley reunite in Australia? Fans with a romantic heart will have to just wait until spring to find out.

Gold Rush fans, do you think that Parker Schnabel will reunite with Ashley Youle Down Under?  Be sure to come back to TV Shows Ace for the latest news. Gold Rush Season 10 airs on Discovery on Friday nights. Gold Rush: Parker’s Trail will air sometime in the Spring 2020, on Discovery.