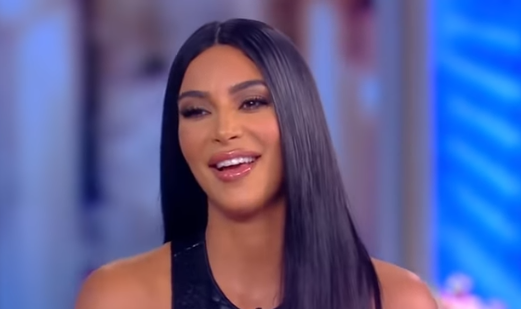 Kanye West is known for speaking his mind on various occasions, but Kim Kardashian West loves him just the same.

The rapper recently released the long-awaited album Jesus Is King and there certainly isn’t hesitation on his part to share his controversial opinions.

Recently, Kanye has expressed some disapproval about Kim’s risque attire for the Met Gala and North wearing makeup. He even went as far as to ask the collaborators of the album to abstain from premarital relations. Though his statements might not always be the most popular, Kanye stands by them.

Despite his outspoken beliefs, Kim continues to be fully supportive of her husband. It’s been said that the couple is in a great place right now. Kim has no desire to change Kanye. She loves and supports him.

On occasion, Kanye will say something that Kim was unaware he was going to. But in general, they discuss everything and remain on the same page. The two are really in sync, they are incredibly supportive of one another. Kanye has shown how proud he’s been of everything Kim has been doing lately.

Kim has continued to remain by Kanye’s side through the release of his album and his IMAX film of the same name. On October 23rd, she attended the special Jesus Is King screening event in Los Angeles. She even documented the event at length on her Instagram stories.

Kim also attended Kanye’s Sunday Service event in Los Angeles this week. She was joined by her sisters Kourtney and Khloe, as well as Kendall Jenner and their mother Kris Jenner.

The West’s daughter, North, 6, sang on stage with Kanye. It was shown in multiple Instagram stories that various family members shared.

It was previously said that Kim is really Kanye’s biggest fan and prefers his new album to the older ones.

According to Yahoo!, she really enjoyed being part of his event and felt very proud of him. Fans were more than excited to see him.

Fans feel that the recent album is much more mature and spiritual. It’s music that their kids can listen to, no foul language. Kim loves the way Kanye is evolving.

From the look of it, Kanye is just as enthralled with Kim as she is with him.

On Kanye’s appearance of “Airpool Karaoke” this Monday on The Late Late Show with James Corden, Kanye gushed about his relationship with Kim.

“Marriage years are different than human years,” West said. “Like you know how dog years are like seven years? Every marriage year is like 100 years,” he teased, adding that it feels like he’s been married for “500 years.”

“People thought it would be uncool to be married. Then I got married and people were like, ‘Oh, that’d be cool,’” West added. “It’s more than cool. More than cool as hell. It’s heavenly. Great. Magnificent.”