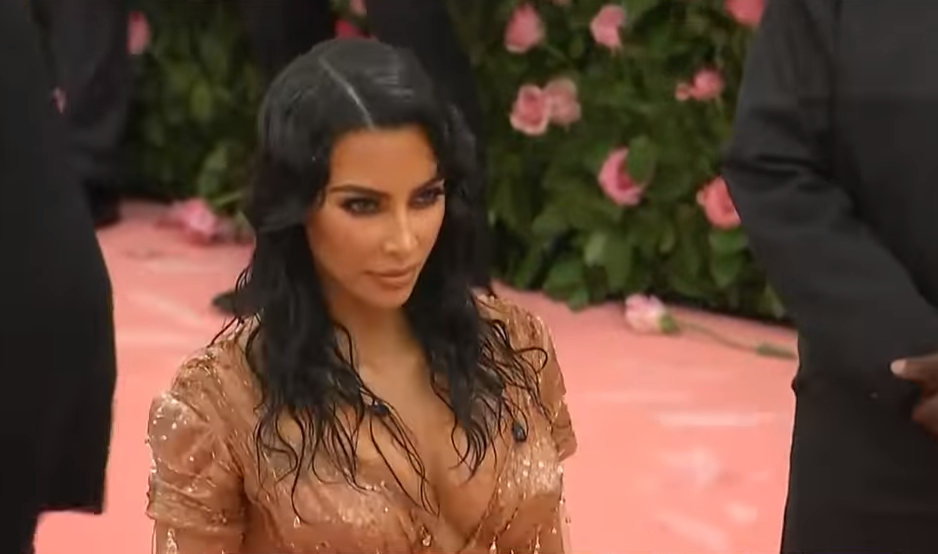 Kim Kardashian West’s dress for the Met Gala last spring was insane, but the story behind it seems to be more interesting.

Kim Kardashian’s Met Gala Look Was Astonishing, There’s No Doubt About It

The dress was a revealing wet look, Kim almost looked like a creature straight out of the sea. It was glimmer and glam, skin-tight and sparkling with crystals.

Glamorous and risque outfits are what Kim is known for. Thanks to a new episode of Keeping Up With The Kardashians, fans can see her husband, Kanye West has an issue with this one. 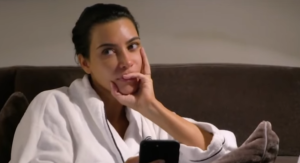 In the past, it didn’t seem like West cared too much, as he encouraged her to pose without clothing. Now it looks as though he does. Kim and her fans weren’t pleased with his comments.

Though Kim Kardashian’s Thierry Mugler dress was beautiful, it wasn’t practical in the slightest. She couldn’t sit down and there was no way she could answer natures call. The look took 11 months including Kardashian practicing breathing while wearing a corset cinched too tight to allow her lungs to properly inflate. Despite the pain, she wore it and she looked like a sculpture. Mugler returned to the label specifically to design for Kardashian. Sophia Loren’s style in the 1957 film, Boy on a Dolphin inspired Kim’s wet, revealing sea goddess-like look.

In form and fashion, it was an art project. The look made its way into her marriage and caused some waves. Kanye seemed to be unsure who this appeal had been meant to please. The idea of other people desiring his wife became disgruntling for him.

Kanye told Kim the night before the event. “I didn’t realize that this had an effect on my soul and my spirit as someone that’s married and loved, the father of what’s about to be four kids… A corset is a form of underwear. It’s hot. It’s like, it’s hot for who though?”

These comments didn’t sit well with fans. Is this contradictory to his attempts to push Kardashian to brand herself as confident, beautiful, and sexy? This change of heart in Kanye, previously objectifying women, his wife included, to a more conservative father and husband.

According to TheFederalist, Kanye wants to live a different life and it’s not wrong for him to want his family to see this perspective. A life that that doesn’t only see women for their lustful appeal, or possibly preserves that appeal for those they are intimate with. Either way, it’s his own choice overall.

Kim K.’s supporters rightfully pointed out that she can make decisions for herself and Kanye doesn’t automatically get veto power or say in how she chooses to dress and present herself. Many fans watched Kanye encourage Kim to transform her image, use her body and beauty to attain fame, and secure pop power.

And Kim did. She is a pin-up beauty queen entrepreneurial success with both empathy and brain, she has shown time and time again. The mutual desire of her own beauty is part of Kim and Kanye’s love story.

What’s happened with Kanye West isn’t new or specific to him. This happens to many American men when they make the change from a bachelor to a father and/or husband. He understands the fault in how he used to view women, considering them as objects to be acquired. Now, having a wife and kids he understand how wrong it is. Women are not a possession to be had but equal in life’s journey.

Kim does have a right to do as she pleases, just as Kanye has a right to share his perspective about modesty with his wife. There’s nothing wrong with a man changing his perspective on the objectification of women and wanting better for the women in his life.

Perhaps Kanye could have expressed his feelings in a more effective manner. He should highlight his love for Kim and her beauty, tell her she is worth more than the sexualization she is being reduced to.

The issue isn’t whether he gets to decide what Kim can and can’t wear or how she presents herself, it’s the normalization of conversations like this between a husband and wife. Because this is a power-couple, desirability plays a large role in their fame, fortune, and future.

Kanye is allowed to change his mind about anything, women included. He can give voice to his feelings about what she wears, just as she can do for him.