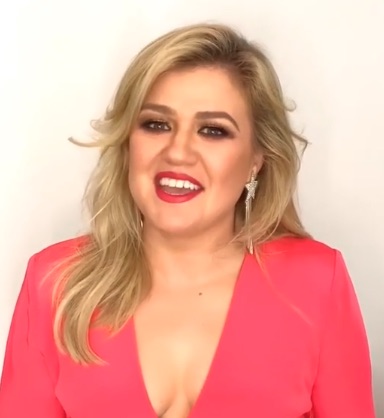 On Friday, Lauren German tweeted that Voice coach, and talk show host Kelly Clarkson came by the Lucifer set! She took a photo with some of the cast. Kelly smiled and chatted with everyone. What do we know about this visit?

Just met and chatted with @kellyclarkson what a genuinely beautiful, lovely and funny lady. Thank you for coming by the set Kelly, was a pleasure having you ❤️

On Friday, Kelly Clarkson paid a visit to the Lucifer set, where they are currently filming the Season 5. The Voice coach was photographed with D.B. Woodside (Amenadiel), Rachael Harris (Dr. Linda), Lesley-Ann Brandt (Maze) and two others. Could that be her mom and her sister? She tweeted that she visited the set with her mom and sister.

Lauren German (Chloe) also met her. The actress tweeted: “Just met and chatted with @kellyclarkson what a genuinely beautiful, lovely and funny lady. Thank you for coming by the set Kelly, was a pleasure having you.” Sounds like Kelly was quite a hit with the cast! Maybe she went all fan girl, but who can blame her? She has just found this magically romantic and devilish procedural show and the new Lucifan is not afraid of letting everyone know.

Kelly Clarkson wants to save Lucifer

Could Kelly Clarkson have visited the set to see how she could help get the show another season? Last month, Kelly Clarkson went to Instagram to gush to her 4.3 million followers about Lucifer. She was a bit sheepish about her recent fandom. Kelly explained that she is super busy. She is a mom with four kids. Besides motherhood, she does have “a lot of jobs.” She just discovered the devilish Netflix procedural show starring the charismatic Tom Ellis, as Lucifer Morningstar. After that,  she became a full-fledged Lucifan.

Kelly shared her frustration in an Instagram video. “Here’s what happens. I get on a show late in the game, and it’s amazing, and then people end up going, ‘Oh, it’s over, and it’s canceled,’ and I’m like, ‘why?’ and I’m mad about it.”

The Chloe and Lucifer love story is magic. The final scene shattered her. Of course, all fans were brokenhearted when Lucifer returned to hell, leaving Chloe. Subsequently, Kelly wants to save Lucifer. She does not want the story to end! However, Kelly has one more season of Lucifer and Season 5 has been extended to 16 episodes. Above all, the showrunners plan on a spectacular season. Could Kelly Clarkson guest star on Season 5?

The whole Lucifer cast is incredibly talented and love to sing and dance. The “I’m Alright” dance scene in Season 4, Episode 10 was a huge hit. Now, wouldn’t it be pretty incredible if Kelly Clarkson sang a duet with Tom Ellis? Or spent an entire episode singing and dancing? It is no secret that showrunner Ildy Modrovich wants a Lucifer musical episode. Let’s hope that Kelly was invited to return and belt out a few tunes!

Lucifans, what do you think about Kelly Clarkson visiting the Lucifer set? Do you think she is going to help them fight for another season, or do you think she may guest star on an episode? Share your opinions in the comments field. Be sure to check back with TV Shows Ace for the latest on Lucifer. Lucifer Season 5 will stream on Netflix sometime in Spring 2020.