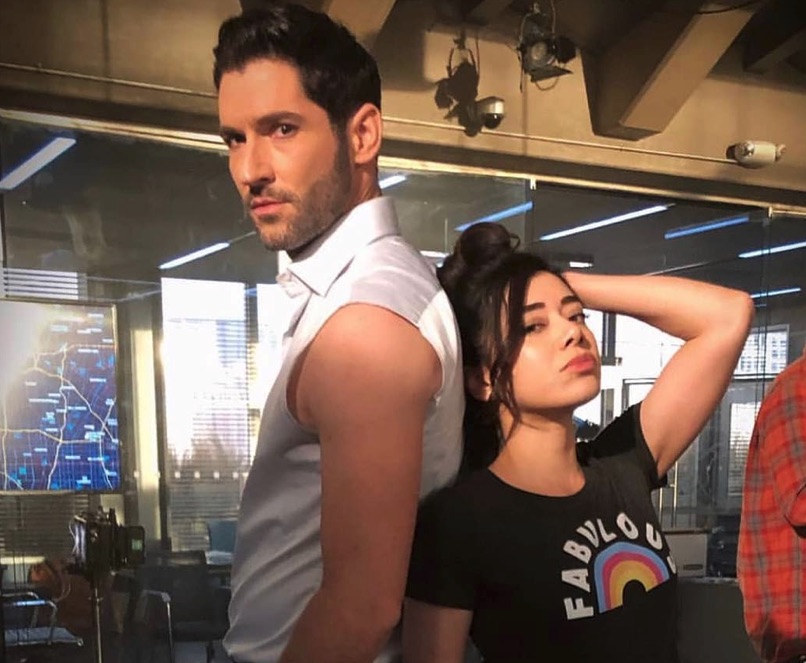 Could Lucifer: The Musical finally happen in the supersized Season 5? In a July 17 interview, showrunner Joe Henderson has hinted that a musical episode is one of their “biggest goals” for Lucifer Season 5. Now that there are six additional episodes, can the writers put a Lucispin on a tv musical? It was just revealed that these extra episodes are coming.

Lucifans are well aware that their favorite show features some super talented stars. According to showrunner Joe Henderson, who in mid-July spoke to Assignment X, there are still some actors that have not been able to showcase their song and dance moves on the Netflix show. Henderson explained that first, they need to meet with each actor to see what they are interested in doing. He explained that “in the opening of Episode 10 of Season 4, a lot of people were jumping into stuff, and a whole lot of people were like, ‘Hey, you know, I can do this stuff, too.'”

In the episode entitled “Who’s da New King Of Hell,” Tom Ellis, Aimee Garcia and Kevin Alejandro were featured in the “I’m Alright” dance number. In addition, Lesley-Ann Brandt sang “Wonderwall,” and made the Oasis song her own. Could this mean Lauren German, D.B. Woodside and/or Rachael Harris want to show their spiffy song and dance moves? Joe explained that “We have a wildly talented ensemble. So if we do that, the question will be who wants to do what, and working backward from it. ”

Then, after meeting with the cast, the writers can determine if a musical episode is possible. Citing the infamous Buffy The Vampire Slayer musical episode “Once More With Feeling” as inspiration, they can then figure out how to put a Lucispin on a musical episode. This has been a longtime dream of showrunner Ildy Modrovich, who started out her career in entertainment as the singer of the Heavy Woolies.

Besides, it seems that the audience is very receptive to this sort of musical extravaganza.

Aimee Garcia: ‘Everyone’ On Cast Can Sing

Besides the showrunners, who else is really pushing for a musical episode? Aimee Garcia, also know as “Miss” (Ella) Lopez. Back in 2017, she was pushing for Lucifer: The Musical. Fans Dagmara asked Aimee: “Can you sing in every episode of Lucifer, please?”

Aimee cheerfully responded and revealed something about the cast, tagging her costar Lauren German and showrunner Ildy Modrovich. “Haha actually everyone in the cast can sing (yes even @LaurenGerman although she would never admit it) @Ildymoo musical episode soon?”

How do they know everyone can sing? Tom Ellis had previously revealed that early on in Lucifer, the cast all went out and did some karaoke. There, they discovered that the cast can do more than act. The showrunners took this knowledge and had Tom Ellis perform a great deal.

Haha actually everyone in the cast can sing (yes even @LaurenGerman although she would never admit it) @Ildymojo musical episode soon? 🤷🏽‍♀️ https://t.co/5r0fOYDzQY

Lucifer Music May Soon Be Available

Lucifans are crazy about the music on the episodes and really want to access the songs performed by Tom Ellis, Lesley-Ann Brandt and others that were featured on Lucifer. When Ellis was in Rome in May, he promised he would do what he could to make the songs available. Ildy Modrovich has also indicated she is working on making this happen.

In late June, RachH tweeted to the Lucifer showrunner: “how about a goodbye gift in the form of #TomEllis singing all the famous covers from the years of the shows…? The Lucifer album would be a hit with the #lucifans! And a great thank you!”

Ildy seemed to confirm what Tom Ellis had to say with her reply: “We’ve been talking about getting the music out there – so I’ll give you updates when I have them #Lucifer #LuciferSeason5.”

We’ve been talking about getting the music out there – so I’ll give you updates when I have them ☺️😈❤️ #Lucifer #LuciferSeason5 https://t.co/xutcn61bml