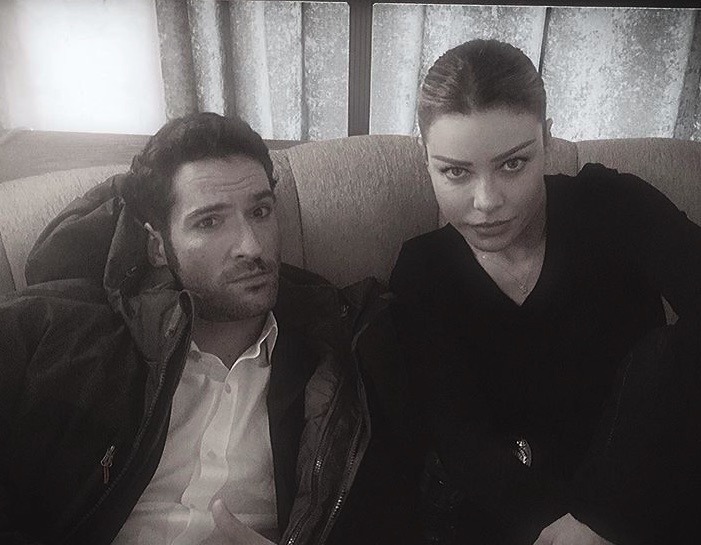 The Lucifam is still reeling from the news that Lucifer Season 6 will never happen. But, there may be a glimmer of hope that the show could continue after Lucifer Season 5. Could there be Lucifer: The Movie?

Could Lucifer: The Movie be next instead of Season 6?

On June 27, TV Shows Ace reported that Lucifer co-showrunner Ildy Modrovich tweeted a “message of love” statement from the Lucifer team. She had explained that Lucifer Season 5 is the final one, and “a fight won’t change things now.” But if there cannot be a Lucifer Season 6 could there be something else after Netflix drops the final ten episodes in 2020? Possibly.

Lucifan Katie asked Ildy on the Twitter thread. “Would you guys ever consider doing a spinoff or maybe a movie in the future?” Ildy’s response? “Well, of course we would!!”

While a spinoff always sounds like fun, it could mean that there may only be a character or two from the original series, and then a cast of totally new characters in the same universe. On the other hand, a movie would mean that fans could revisit the very Lucifer characters they love now. Paying a visit with Lucifer Morningstar, Chloe Decker, Maze, Ella Lopez, Amenadiel, Dr. Linda and Detective Douche with a movie would certainly lessen the blow for Lucifans around the world who are mourning the end of the show.

Psych, Downton Abbey And Sex And The City

How common is it to make a movie after a television series is over? There has been a precedent from other recent television shows. A really good example is Psych. The show ended five years ago, but two years ago they released the first movie, and now they just completed filming the Psych: The Movie 2. The second movie, like the first, will air on the original Psych station, USA, during the holiday season. Although the main stars have all gone on to other ventures, the first movie was two hours of fun with Shawn and Gus.

Of course, Downton Abbey will soon have its own cinematic release. Another well-known tv show to movie is Sex and the City. How could Lucifer fit in a movie? Would it be on a big screen or back on Netflix, Fox or even another station? Those are the small details that could be resolved after Season 5 has finished filming.

Is it possible that these options helped the showrunners decide that this would be the last season? Fans may even wonder how far the Lucifer writers have gone into considering future projects with these same characters or in this universe. Are fans ready to let go of a Season 6 and embrace some new possibilities?

The fans brought us back to life. Now, we get to finish our story on our terms. Can't wait for you guys to see what's in store! https://t.co/igrO8z2xxb

The Lucifan theme song could easily be “You Can’t Always Get What You Want.” For 14 months, fans have been through a roller coaster ride. There is currently a petition asking for Lucifer Season 6. Over 75,000 fans have signed it despite the showrunners repeating that the show will not be returning for another season. If there is a possibility of Lucifer: The Movie, or a Lucifer spinoff, this could be the best case scenario of “get what you need” part of the Stones song. Could fans now holding out for another season be happy with a future spinoff or movie?

What do you think of the possibility of Lucifer: The Movie, or a Lucifer spinoff? Please share your opinions in the comments field. On July 1, co-showrunners Ildy Modrovich and Joe Henderson and the talented Lucifer writing team are gathering together. They will be plotting Lucifer Season 5. They have promised to write a “love letter” to fans. This should drop on Netflix in spring 2020.