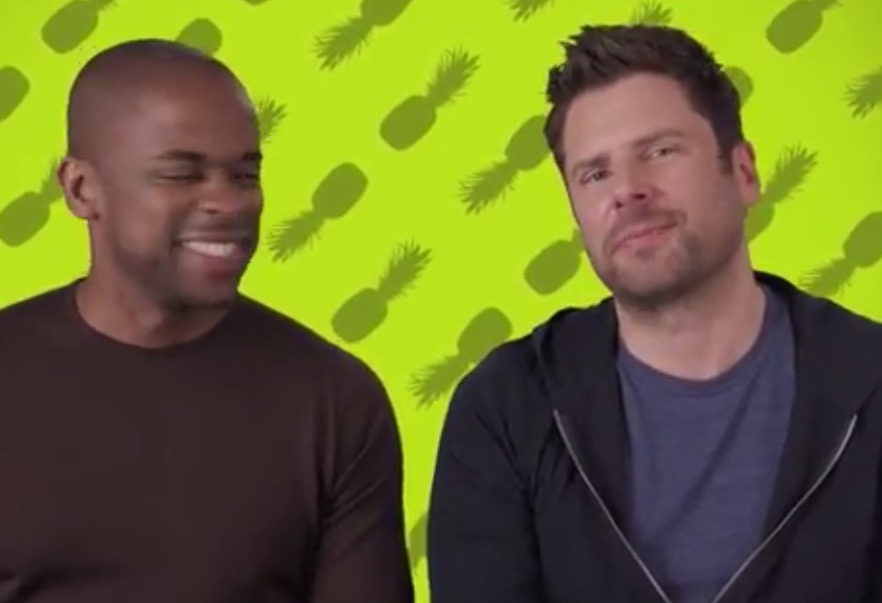 Calling all Psych-O’s! The new Psych: The Movie 2 is on its way! James Roday and Dulé Hill took to Instagram to announce the upcoming USA movie. What did they reveal about the next Shawn Spencer and Gus Guster installment?

Psych: The Movie 2 Will Include Lots of Lassiter

James and Dulé posted not one, but two fun Instagram videos to discuss the new Psych movie. Without giving away much of the plot, they enthusiastically and hysterically discussed that they completed the filming of Psych: The Movie 2, jokingly subtitled “Lassie Come Home.” When is it coming back? The answer is this holiday season. So, Psych-O’s have to contain their enthusiasm for just a while longer.

The duo revealed that the new installment will return to Santa Barbara. Best of all, fans of Timothy Omundson’s Carlton Lassiter should feel relieved that there will be a “second helpings” of Lassie in this movie. Fans of the Galavant actor may remember that just before the first Psych movie began filming, Omundson suffered a stroke. He only had a small cameo on Jules’ iPhone in Psych: The Movie. Omundson was sorely missed, and fans will get bonus Lassie this time around.

Dulé also hinted at “new and improved guest stars.” James countered with, “and some of the old tired ones.” Who could they be?

Jimmi Simpson Is Back!

Jimmi Simpson is back as  Mary Lightly, despite being killed off during the regular Psych season. He told TV Guide that James Roday is one of his best pals. The Westwood star went on to say that Roday showed the rest of his friends how to run a set with “love and understanding, patience and togetherness.”

He promises singing and claims, “I think it’s the weirdest Mary situation that there’s been there yet.” There have been some pretty crazy weird Dr. Marion Lightly situations in the past. How are they going to top that?

Joel McHale is also slated to guest star. TV Line reports that he portrays a “mysterious character from Lassiter’s past.”

When fans think of Psych, they think pineapple. The cast are all announcing a related and delicious new promo. Psych-O’s can rejoice in the news that in honor of Psych: The Movie 2,  the Cheesecake Factory is re-releasing their Pineapple Cheesecake. James Roday hysterically calls it a “slumber party in your mouth.”

Right now, Psycho’s can see a lot of the Psych cast on television. Dulé currently stars in Suits. The ninth and final season begins on July 17, on USA. James Roday will return to A Million Little Things on ABC, in the fall. Maggie Lawson will be starring alongside Jason Biggs in a new Fox comedy, Outmatched, that will premiere early in 2020. Sounds like more good reasons to indulge in some pineapple cheesecake in the lead up to the new Psych movie!

Are you looking forward to Psych: The Movie 2? Psycho-O’s share your comments and predictions for the next movie. Be sure to check back with TV Shows Ace for the latest on the latest Psych movie. Fans should expect the movie to air sometime in December 2019.