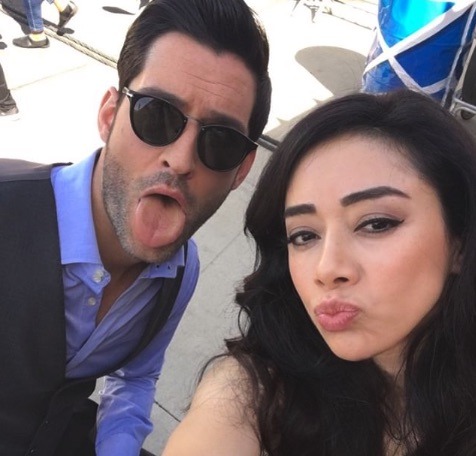 Lucifer Season 5 has not yet gone into production, but that doesn’t mean that the showrunners haven’t already shared some Lucifer spoilers! The writers look as if they already have a plan for Season 5. What have they already revealed?

Lucifer star Tom Ellis joined showrunners Joe Henderson and Ildy Modrovich on Instagram stories. They conducted a question and answer session where they shared some  Lucifer spoilers. This was shared before Lucifer was renewed for Season 5, as well as the revelation that the fifth season will be the finale season.

Of course, fans want to know whether Lucifer and Chloe ever get together. After some hemming and hawing, Tom Ellis blurts out, “Of course they will.” Tom has long contended that their union is the end game of the show. Fans should rightly expect that in Season 5 there will be a union between the fated couple, as it is the final season.

One fan question included whether to put ketchup in the fridge or the pantry. This baffled Tom Ellis, but this did produce a great many giggles. The giddy looseness of the star and the two showrunners could be an indication that fans don’t have to worry about Lucifer Season 5. The Lucifer writers are gathering together in early July to work on scripts and will start filming in August. They want to give Lucifans a love letter. These fans appreciate the care that this special group of people has gone into to ensure that they get the best story possible.

What do you think of the Lucifer Season 5 storylines? What do you want to see during Season 5? Share your ideas in the comment field. Be sure to check back with TV Shows Ace for all the latest in Lucifer news.