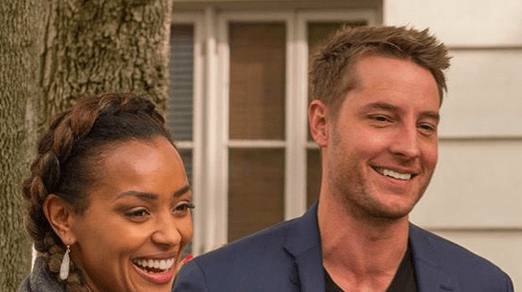 Fans of NBC’s This Is Us are getting excited about the show’s return this fall. On Monday, NBC announced the network’s fall schedule, which included Season 4 of the hit drama. Altogether, the show will run for a total of six seasons. It seems like that is finalized, but maybe it will be extended beyond those six seasons.

Based on the finale of Season 3, fans have a lot to look forward to in the upcoming season. There are some unanswered questions and there is a little bit of confusion too. Overall, the one lingering question is about Rebecca Pearson and her illness, which was shown in a flash-forward in the finale.

In a recent interview, Mandy Moore said, “The end of that episode left us with so many questions. I know that we’re not going to dip into that world with my character too much, because you sort of need to let it marinate a little bit and you want to use it with great impact.” It sounds like we won’t be getting an answer about that any time soon.

Still, there is plenty to unfold in Season 4. Justin Hartley, who plays Kevin Pearson, shared some details about Season 4 of This Is Us and what we can expect from his character.

What did This Is Us star Justin Hartley share?

In the same flash-forward that featured a frail Rebecca in a bed, we saw Kevin’s son for the first time.

In a recent Q&A with Entertainment Weekly, he was asked, “How compelling is this mystery — and how long will it play out in season 4?”

Then, Justin says, “It’s pretty compelling. It’s pretty awesome. It comes together in a way where it’s very satisfying for the audience. I also think it makes a lot of sense, and it’s one of those standard This Is Us writer moments where when you see it, you go, ‘Why didn’t I see that coming?’ But you can’t see it until it’s in front of your face. It’s like, ‘Oh, oh, okay! Yeah. Oh, good. Okay. Okay!’…. It’s in keeping with the story and Kevin and who he’s become and who he used to be, for sure.”

Then, the interviewer said, “We also don’t know if Kevin and the mother are still together. There are a lot of questions swirling around here….”

Justin replied, “Tons. As far as the audience goes, we know absolutely nothing. I mean, did he find this kid? Did he adopt this kid?”

Then, he continues, asking “Did he get married? Did he have this kid out of wedlock? Does he have more than one child? Is this is the oldest? Is this his youngest? Why wasn’t he there? I know it was said he went to get food… It just seems like it’s wide open for an amazing story to be told.”

It sounds like This Is Us fans are in for an exciting season. As Justin mentioned in the Q&A, there are tons of questions.

Will you be watching This Is Us? Let us know in the comments.