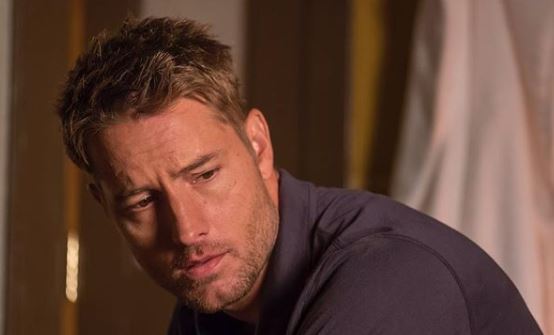 Foods have an expiration date and if you keep them around long after the best by date, it gets rotten. Similarly, not everything is meant to last forever, especially television shows. It sounds like This Is Us is about to come to an end.

I was glued to the screen during the first season of This is Us. The premise was incredible, along with the flashbacks to The Pearsons’ childhood. Season 2 is a blur. I couldn’t even really tell you what happened except that once we learned how Jack died, the show no longer had quite the same appeal for me. As a faithful viewer, I continue to watch every Tuesday. Truthfully, I could have done without The Vietnam storyline and am so happy that it is about to be wrapped up.

So what’s in store for the future of This is Us? As Season 3 draws to a close, Isaac Aptaker and Dan Fogelman have opened up to Deadline that the hit NBC drama already “has a finale planned for ‘about three seasons in the future’.”

From the beginning, Dan already had his grand vision of how the drama would finish. The writers, producers and ensemble are figuring out how to get there together.

“I would hope that when we reach our ending, people think it’s a really satisfying end place, that makes sense, and it feels like they’ve watched something that is a complete piece of work because that’s really how we’re trying to plan it,” Aptaker explained.

The cast and producers have confirmed they’ve already filmed scenes from the show’s eventual finale. And they are fully aware of what’s coming ahead.

I applaud the smart decision to leave on a high with viewers wanting more rather than continuing endlessly. A word of advice – consider a spin-off with Justin Hartley. I’m hoping in the next three seasons, Kevin settles down and instead of being “the Manny” or Uncle Kevin, he has his own family. Of course, Randall (Sterling K. Brown) will have to frequently visit.

The upcoming Tuesday, February 19th episode, entitled ‘Our Little Island Girl’ will focus around Beth Clarke. She and Zoe will visit Beth’s mom Carol (played by the one-and-only Cosby Mom Claire Huxtble’s Phylicia Rashad). Their trip will trigger flashbacks to their formative years and viewers will get a sense of what their own family drama looked like before the Pearsons entered their lives.

In addition to Phylicia Rashad, Carl Lumbly will be guest starring as Beth’s father Abe Clarke. Lumbly has been recurring as M’yrnn J’onzz on Supergirl. Lumbly is also known for his roles on Cagney & Lacey and Alias.

Are you disappointed to hear that This is Us may only have three more seasons left? How would you like to see it end? Share your thoughts below.

‘Below Deck’ Fans Wonder If Kate Chastain Is Returning For Season 9
‘OutDaughtered’: Adam Busby’s Misadventure In The Mangroves
‘My 600-lb Life’ Update: Where Are Allen & Vianey now?
‘Sister Wives’: Kody Brown Claims He’s Not A Pig
‘When Calls The Heart’ Nathan May Finally Be Ready For Commitment