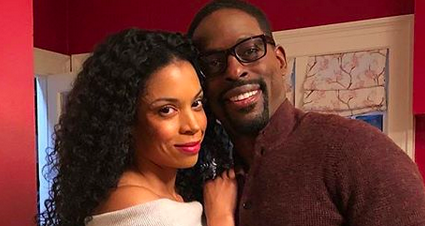 After an action-packed season, the final episode of this season of This is Us is airing tonight, Tuesday, April 2. We’ve seen a lot this season and it doesn’t look to be slowing down. It will be interesting to see what loose ends are tied up as the season comes to a close.

For the past couple of weeks, Beth and Randall Pearson’s marriage has seemed to be the center of attention. This power couple is experiencing some turmoil in their marriage, which is troubling to fans. This couple has been a longtime fan favorite.

In this season finale, we can expect to see more of Beth and Randall Pearson’s relationship as they work through their differences or end up getting a divorce. Zoe and Kevin are caring for their girls to give the couple a chance to fix things. Of course, Kate and Toby are entering parenthood with the help of Rebecca Pearson.

As of right now, it looks like Season 4 will happen, but a specific date has yet to be announced. We may not find out for sure until May, which is when NBC has finalized their fall TV schedule. Based on what we have heard, the show will run through Season 6 and then come to a close. Plus, we have seen sneak peeks well into the future so we know there is still more to see.

On Monday, the official NBC This is Us Instagram page shared a sneak peek of the season finale.

There might just be no door here. Get a sneak peek at tomorrow's #ThisIsUs season finale and follow the link in bio to watch the entire video.

What are fans saying about the This is Us finale?

In the comments of the sneak peek that was shared via Instagram, fans are sharing that they are very worried about Beth and Randall Pearson’s relationship. They are anxiously awaiting the season finale to see what is going to unfold. It seems like there is a lot to wrap up in this final episode. Of course, the writers could keep us waiting until the next season.

Here is what fans are saying about the finale and that sneak peek:

As you can see, most fans are seriously concerned about the future of Beth and Randall Pearson. Many of the comments included the couple. Some fans are hoping that the video is an April Fool’s prank since it was posted on April 1. It doesn’t seem that it’s a joke though, especially since the show has been going this way for a while now.

Don’t miss the season finale of This is Us on NBC at 9pm! Will you be watching it? If so, leave a comment below and let us know what you hope to see in this episode!

For more This is Us news, come back to TV Shows Ace!