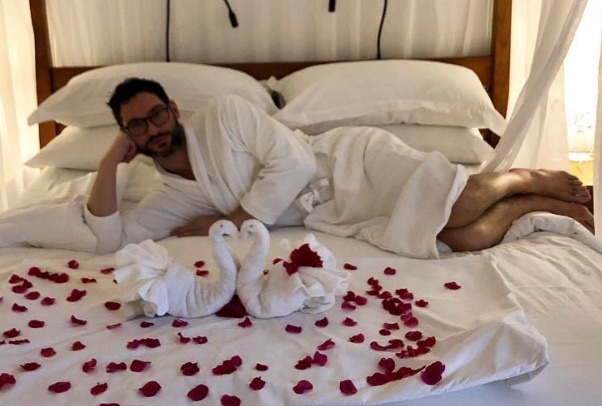 There is trouble in the Lucifer universe. On one hand, Lucifans are promised that Lucifer Season 5 will be a “love letter” to the fans. On the other hand, fans who want to repeat last year’s successful “SaveLucifer campaign miracle, are now asked not to tag one producer, who is not interested in engaging in this rhetoric. This has left Lucifans divided and angry at each other. There are those who want to push for Season 6, while others who have resolved to be ok with the show canceled. What happened?

Lucifans Angry And Frustrated With Each Other Over Lucifer Season 5

When Netflix made the announcement that Lucifer would return for a fifth and final season, Lucifans were shocked at this bittersweet news. There was a lot of passion and devotion to getting the former Fox show picked up by a streaming service. It seemed like a cruel joke that Netflix would save the show, only to cancel it one year later. Some fans were just happy that the Lucifer writers could finish this story. Other Lucifans began in earnest to post to social media their wish for Lucifer Season 6.

This became so disruptive that co-showrunner Joe Henderson had to ask fans to stop “spamming” him by tagging him in posts about Season 6. He did not want fans to stop posting, but he was inundated with so many tags he could not use Twitter.  It was understandable that he was frustrated by this and threatened to mute anyone who tagged him with a #LuciferSeason6 post.

In the comments, under Joe’s post, the bickering between fans began. A couple of fans pointed out how the once united group of Lucifans were not all angry with each other. Franziska Gohike wrote, “I don’t want to argue and the last thing I wanna do is name calling, but seriously, what I saw on Twitter today was people tearing each other apart and suddenly there is a deep rift where there should be a united front. What I saw today has nothing to do with the Lucifam I love.” Em wrote, “It sucks that so much of the fandom is divided at this time; hopefully things will smooth over soon! im so excited to see what y’all bring to s5. <3”

Hey #Lucifans, I love you all to death. But you're spamming my TL with S6 requests when we've made it clear we're ending with season 5. Post away, just don't tag me! I want to hear your voices, but I also want to be able to use twitter. So if you tag me, you're muting yourself

Lucifer Season 5 Will Be ‘Love Letter’

What about the other showrunner, Ildy Modrovich? She was asked for her opinion on the cancelation of the show and on Monday, she had a response. Ildy apologized for being silent about the matter. She explained that she was conflicted over the cancelation. The producer admitted that “So much of me could do #Lucifer forever.” Ildy expressed her gratitude to fans and to Netflix. Then, she ended her tweet with the promise that Season 5 will be a “love letter” to the fans.

Sorry I’ve been quiet on this issue. Truth is, it’s cuz I’m torn. So much of me could do #Lucifer forever. But I’m also immensely grateful YOU & @netflix gave us the chance to continue our story together. And I know S5 is going to be a love letter to our #Lucifans so… 🥰❤️😈 https://t.co/8SHeLOqYMy

The Root Of Lucifan Frustration

At the root of all of the Lucifan frustration is a real lack of communication. There was no explanation as to why the show is wrapping up at the end of the fifth season. Ending Lucifer with Season 5 may or may not have been a Netflix decision. There was no real explanation. They announced the Season 5 renewal simultaneously with the news that this would be the finale season.

Why would the show end now, just a year after it was resurrected? The producers may have decided to cancel the series themselves. It is very possible that Netflix could not promise a Season 6.  Ildy Modrovich and Joe Henderson may have decided that they could finish the story their way. They may not have wanted to go the Timeless route and hope for a “movie” to tie up loose ends. They certainly didn’t want to end the series on a cliffhanger.

Joe Henderson even shared that fans were “shooting the messenger.” He shared that they were “honest” with fandom after a fan posted a scathing tweet.  This Lucifans suggested that the show continue. They offered that the other executive producers on the series, which would be Ildy Modrovich,  “carry the ball without him.” An understandably frustrated Joe Henderson had a response to that bit of criticism. He seemed to regret their decision to let the fans know what was really going down.

“Or I’ll work really hard to make Lucifer Season 5 as great as possible? I guess the lesson is don’t be honest with fandom about what the situation is, because so far you guys are just shooting the messenger.”

Or I'll work really hard to make Lucifer season 5 as great as possible? I guess the lesson is don't be honest with fandom about what the situation is, because so far you guys are just shooting the messenger.

Are Lucifer Actors On Opposite Sides?

The revelation that D.B. Woodside seemed to believe that there would be six seasons and Lauren German encouraging fans to fight for a Season 6 is fueling hope for a sixth season seems to fuel those wanting more. On the other hand, Tom Ellis who was a big part of the “SaveLucifer” movement, has clearly accepted that the show is ending. Granted, he was on his honeymoon at the time of the announcement, so he has only posted photos from Majorca and Paris, and not engaged with fans who wish for a Season 6.

Could Tom be considering other acting offers once filming for Lucifer Season 5 has ended? It is very probable. His star is really shining now and Hollywood has really taken notice of his incredible talent. The Welsh-born actor, who just celebrated his 40th birthday last November, has even been considered a contender to become the next James Bond.

Are you frustrated with other Lucifans who do or do not want to push for a Lucifer Season 6? Are you signing petitions, or do you want to just be satisfied with Season 5 as the finale season? Share your comments and opinions. Lucifer Season 5 will drop on Netflix sometime in the spring of 2020.

‘Bringing Up Bates’ Fans Think A Proposal Is Coming, And Here’s Why
Courtney Waldrop’s SPECIAL Sign From God, Life Has Never Been The Same
Is Hannah Brown Engaged? Star Sports Giant Ring At Birthday Party
Emma & Alex Johnston Are All Smiles, Looking Forward To BIG Week
‘Top Chef’ Will Continue Filming In Texas Despite Abortion Fight