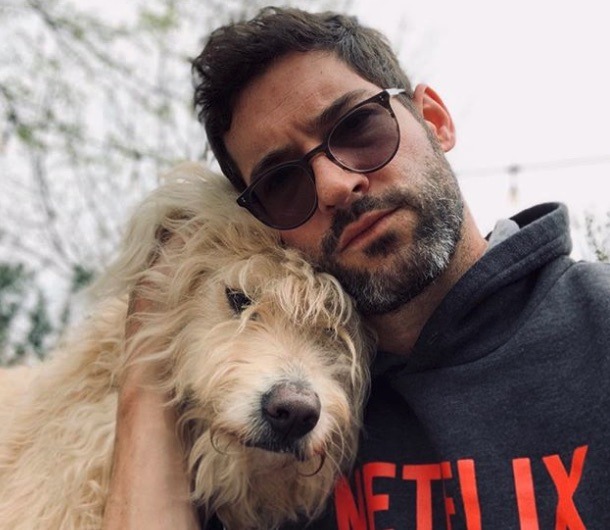 Could Lucifer morph into James Bond? That is what Lucifans are hoping will happen with their beloved star, Tom Ellis. With the new release of Lucifer Season 4, the Bond buzz is getting strong.

As Daniel Craig films Bond 25, the list of names that could replace him has gone the way of the devil. More and more people are suggesting that Lucifer star Tom Ellis should be knighted as the next 007.

Right now there is a petition to make Ellis the new James Bond. There are not even 1,500 names as of yet, but that doesn’t mean that there isn’t a conversation going on.

When out promoting Lucifer Season 4 on The View, the topic of James Bond came about. Tom Ellis and Rachael Harris were speaking with the women about the new Lucifer season and Tom’s cute butt, when Sharon Osbourne asked Rachael about Tom playing Bond. Harris has long said that she felt Tom Ellis would be the best Bond, and on the chat show she confirmed that “He would do it in a heartbeat.”

Ellis was in total agreement. He seemed thrilled with the idea of playing 007. “I’d do it in a heartbeat. I would,” he then continued, “I dreamed about that when I was a kid. I was obsessed with the Sean Connery James Bond. It’s a dream, isn’t it?”

Why Tom Ellis Would Be Perfect As James Bond

Whomever plays the next James Bond needs to be able to perform physical stunts, and look smashing in a tux. He must be the kind of guy that could seduce the ladies, while garnering respect from all the rest. Tom Ellis would fit this bill. He has that sexy British accent, and suave charm. He can knock out an opponent with one hand, while holding his martini with another.

Most of all, Tom’s physical strength would be an asset. He was determined to get washboard abs in time for his recent 40th birthday. Despite this milestone birthday, he is in better shape than ever. He is doing his own stunts. He is even singing and dancing through Lucifer. No one can deny that he has the goods to become the special agent on the big screen. He is ready!

My turn. Photo by @christinesolomonphotography 📷

Ellis would not be the first Bond to go from television to the big screen. GQ points out that both Roger Moore and Pierce Brosnan went from television to the big screen. The British version of this men’s publication also points out that whoever becomes the next Bond cannot already be too famous and needs to be tall. Ellis would certainly fit that criteria. They point out that stars like Michael Fassbender or Orlando Bloom are too famous to step into this iconic role. Why not Tom Ellis?

Would you like to see Tom Ellis portray 007? Do you think he would make a good James Bond? Share your opinion in the comments field. Check back with TV Shows Ace for the lates with Lucifer and Tom Ellis.