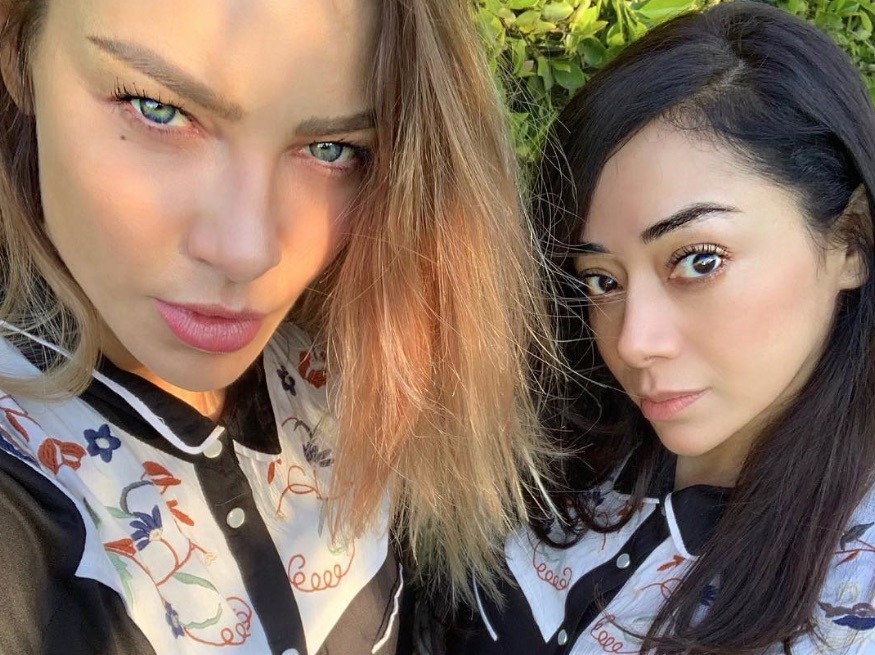 Just as Lucifans got used to the idea that Lucifer Season 5 will be the last season, they are asked to fight for Season 6 by one of the stars of the show. Lauren German, who portrays Detective Chloe Decker has gone to social media to encourage fans to fight for more. What did she say and what do Lucifans think about this?

Lucifans are not quite sure what to make of a recent tweet by Lucifer star Lauren German. German, who portrays Detective Chloe Decker, Lucifer Morningstar’s love interest, went to Twitter to suggest that fans fight for a Season 6. This was just a week after Netflix announced that Lucifer was renewed for a fifth and finale season.

“#Lucifans if you want a Season 5 or more let it be heard. We love that you love #Lucifer your support on social media is cherished and important. And it’s only a season 5…I don’t think you’ll be disappointed. We won’t let you down. But if you want more let everyone know

It seems that Lauren was responding to the bittersweet news that the resurrected series was to be renewed for a fifth and final season. Fans have been quite emotional about their favorite show.

It should be noted that the tweet before led up to this suggestion to “let everyone know.” Lauren clearly wanted fans to know how much she appreciated them when she wrote, “Thank you sincerely for your words and support. I can’t even believe how much I’ve seen from you all that you want a season 6 and more. As is, we are only doing a S5, however I have to thank you all for the love, interest and encouragement. We adore you, & thank you

#Lucifans If you want a season 6 or more let it be heard. We love that you love #Lucifer your support on social media is cherished and important. And if it’s only a season 5…I don’t think you’ll be disappointed. We won’t let you down. But if you want more let everyone know ❤️

Do Lucifans Want To Fight For Lucifer Season 6?

Despite Lauren’s suggestion that fans fight for an additional season, fans seem to be mixed. On one side, there is a new online petition to renew Lucifer for Season 6. This was made after it was announced that the fifth season would be the last of the popular show. Nearly 50,000 people have already signed this Change.org petition.

On the other hand, fans have responded to Lauren’s tweet with some apprehension. Most have written the comment, “I’m confused.” While others are not ready to invest their time fighting for something that does not have the full cooperation of cast and crew. Jake wrote “I’m here, but i’m waiting for confirmation from at least 1 other cast member. i want S6 and more, but i can’t do this again, without the full cast wanting it. Until then, greys for me :D”

There is one other cast member that has more than hinted that they expected Season 6. D.B. Woodside may have shown his cards in a recent interview.

just for our lucifans: we know what you desire. season 4 is comiiiiing.

Another Lucifer Star Thought There Would Be Six Seasons

When Lucifer Season 5 renewal and finale season was announced, actor D.B. Woodside, who plays Amenadiel was in Australia at Oz Comic Con. The soft-spoken Woodside may have revealed just a little too much when he explained that he was very surprised that Netflix saved the show just to end at Season 5. He explained that if they were “really honest,” they believed that there would really be a Season 6.

He admits that even if Netflix okayed six seasons, they would still be “really depressed” about the show canceling. The cast and crew love to work together. But he admitted that although ending would be painful, he would rather leave the show “on a high.”

Would this be enough of an endorsement to get fans to push for a Season 6?

Lucifans, are you confused about a possible Season 6? Lauren German wants fans to fight for a sixth season. Are you signing petitions or posting on social media asking for Netflix to extend Lucifer to Season 6? Do you agree with her, or are you mad that she is suggesting that fans fight for another season? Share your comments below. Check back with TV Shows Ace for all the latest in Lucifer news.