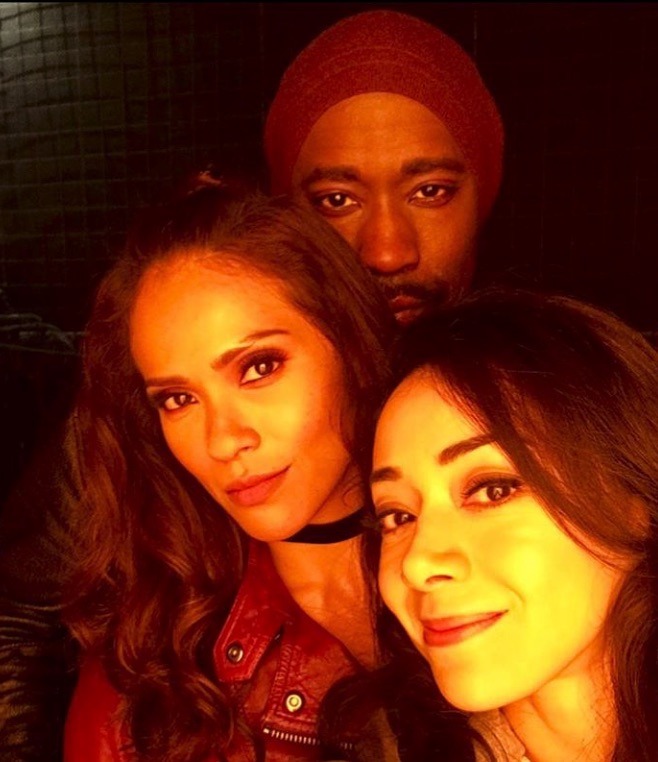 Since the bittersweet renewal/cancelation announcement by Netflix, one Lucifer star has shared that they believed that the show had six good seasons. D.B. Woodside is grateful for Netflix for saving and resurrecting the supernatural police procedural. The star who portrays Amenadiel shared his feelings while Down Under at Oz Comic Con.

D.B. Woodside was in Melbourne, Australia when Lucifer was renewed for a fifth and final season. He was a featured guest at the Oz Comic Con, so it is no surprise that the Lucifer star was asked whether he was ok with the show ending with Season 5. Thanks to Lynn who posted a short excerpt of the interview, fans got D.B.’s take on this bittersweet announcement.

His “honest” reply was that “I think we felt like it was six seasons.” He didn’t identify who the “we” was, whether it was cast or crew. Six seasons may have been a number thrown around a lot, perhaps when the cast discussed the general outline of Lucifer Morningstar’s story.

What is clear is that the cast and crew love working in this “dysfunctional” family. They all genuinely enjoy each other.

D.B. Woodside made a point of retweeting this interview excerpt and stating that this was “my opinion.” He pointed out that a series can end when a network or a studio chooses to end it. He then shared his gratitude to Netflix. Woodside insists that “Netflix has been absolutely incredible to us guys,” and even repeated the word “incredible” with an exclamation point.

He also made a point of thanking fans for saving and resurrecting the show. Without such strong fan support, there would not have been any sort of possibility of completing the story and finally seeing Chloe and Lucifer together. Woodside also points out that “now we have a chance to go out on a high!” He finished his tweet with the  peaceful words, “Please be positive.”

Hey… just to clarify, this was MY opinion. A Network/Studio can end a series when they want. That’s the way it goes. @netflix has been absolutely INCREDIBLE to us guys. INCREDIBLE! YOU saved us, THEY saved us & now we have a chance to go out on a high! Please be positive. 🙏🏾😈 https://t.co/Shl9EnhcBM

How Many Episodes For Season 5?

Lucifer Season 4 consisted of 10 episodes, each about 50 minutes long. Originally, co-showrunners Ildy Modrovich and Joe Henderson had pitched Fox a 22-episode Season 4. When they were saved by Netflix, they cut the fat and the Lucifer writers managed to give fans a fulfilling Season 4 in 10 well-written episodes.

Will Season 5 be different? Right now, there has been no information forthcoming on the length of the season and the episodes. We just know that it will be “awesome.” Could Netflix allow a longer season or episodes knowing that this is the finale season? Shows like House of Cards and Orange Is The New Black are both 13-episodes long. Could Netflix ok an extended finale season in order to properly finish all of the storylines? That is the answer that fans want to know now. It is hard to imagine that the show will end, but if there are extended or extra episodes, fans will certainly appreciate this gesture from Netflix.

Are you disappointed that Lucifer is ending after only five seasons? Lucifer star D.B. Woodside thought that there would be six seasons. Do you agree with him? Share your comments below. Check back with TV Shows Ace for all the latest in Lucifer news.