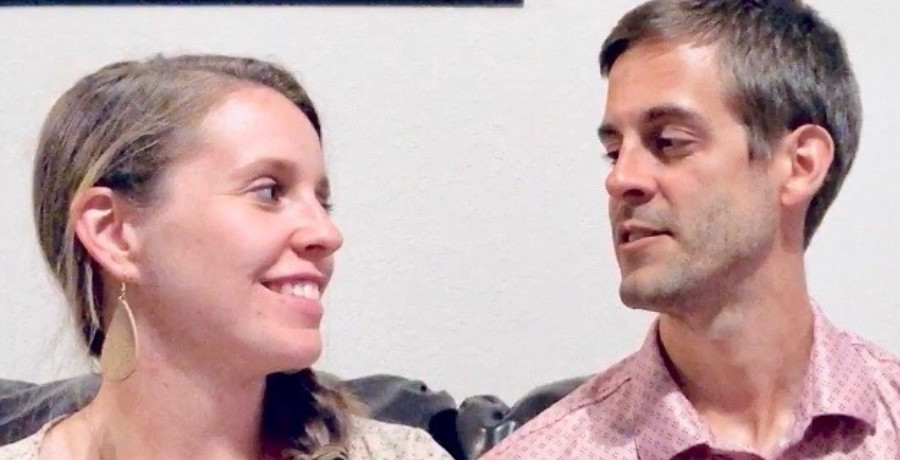 Jill (Duggar) Dillard is highly amused by her husband, Derick. His recent shenanigans include trolling his social media followers. It seems his wife popped some popcorn, sat back, and enjoyed the show in the comment section of his post. What did he say to rile his fanbase?

TLC announced last month that they will not continue filming new episodes of the hit show Counting On. The move effectively cancels the show about the Duggar family. The news came two months after Josh Duggar was arrested for downloading explicit images of children. He will face the charges in November when his trial begins.

In the aftermath of the arrest, a petition popped up calling for TLC to cut all ties with the Duggars. While they didn’t reference the petition in their statement, they did allude to Josh Duggar’s legal troubles.

As fans of the show know, Jill Dillard has been on the outskirts of the family for years. She is one of the few girls in the family who ignore the conservative dress code and way of living. However, she has been slowly reconnecting with her family.

People reports that Jill and her sister Jessa had lunch with some crew members from the TLC show. In the post she shared on social media, she calls them her “family.” Since leaving the show, Jill has strengthened her bond with her husband, Derick.

One way that Derick and Jill Dillard break with the Duggar family is on the topic of vaccines. They vaccinated their two young children. Derick received hateful comments when he got the flu shot in 2019. The Dillards clearly are not anti-vaxxers, but it looks like many of Derick’s social media followers are.

On July 6, Derick Dillard took advantage of Chipotle’s offer of a free burrito with proof of the COVID-19 vaccine. Furthermore, he then planned to hit up Krispy Kreme for a free donut. In his post encouraging people to get the vaccine, he joked that the free food was a factor in his decision.

His followers went bonkers in the comment section. Some of them praised him for getting the vaccine. But a lot of his followers were against the move. They were especially horrified that Derick Dillard basically accepted a bribe (free food) to get the vaccine.

Jill Dillard Amused by Her Husband Stirring the Pot

It’s unclear if Jill Dillard also got the vaccine, but she probably did. If she did, she certainly didn’t blast it out on social media. However, Jill wasn’t angry at any of the comments. She was amused more than anything.

Once she saw the way the comment section was going, she left a comment of her own,”🍿you always know how to stir the pot lol.”

She also posted on her own Instagram Story on how the comments on Derick’s post were entertaining her.

Do you think Derick was stirring the pot or was he just promoting the COVID-19 vaccine? Share your thoughts in the comments below.